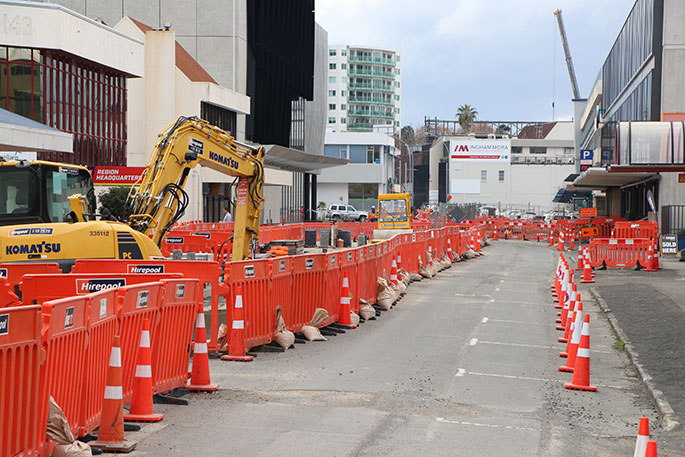 Human bones were found back in March 2019. Image: SunLive/Daniel Hines.

Tauranga City Council has confirmed human bones has been found during the current construction taking place along Durham Street.

“The koiwi was analysed by Sian Keith Archaeology who determined that the remains were only fragmentary and no comment can be made of this person’s sex, height, or other bodily characteristics.

“There was no evidence of illness or injury visible.”

Rumours have been floating around the CBD saying this is why the works have taken so long.

“Many of the pipelines were coming to the end of their useful life, some were over 100 years old, and in some places, there were up to 13 pipes where council’s plans only showed two pipes.

“It takes time to find out who owns the services and then how we deal with them,” says Martin.

Explore this find, involve Maori, and uncover more of our area’s history. This is incredibly important.

The new roundabout on Windermere Drive seems to have similar delays. Similar issues? It was flagged to begin preliminary work back in October. Still not finished....

Why hold up important work because a bone or two were found ,also how come the councils records are so far out of date regarding pipes,please don’t dig up any more roads as it likely to cost the ratepayers a fortune.