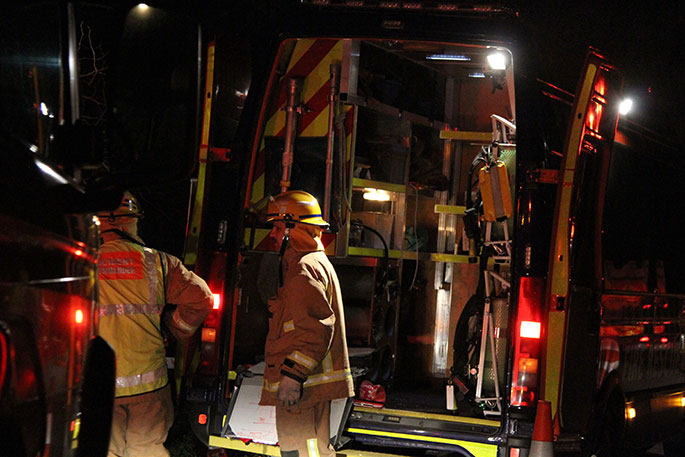 Firefighters were called to the house fire in Hairini early this morning. File photo.

Fire tore through a house in Tauranga this morning.

Firefighters from Greerton, Tauranga and Mount Maunganui brigades were called to the property on Waimapu Pa Road at 4.10am.

“Three appliances attended. One is still there on standby.

“No one has been injured. The house was severely damaged.”