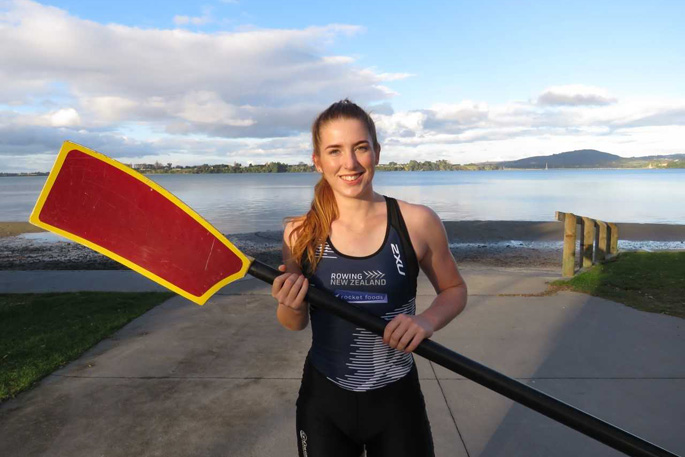 Tauranga rower Grace Holland is training hard in readiness for the Florida heat.

Grace, who was selected in the New Zealand under 23 rowing team in April this year, is a member of the Tauranga Rowing Club.

She will be racing in the under 23 woman’s Pair and has switched from bow side to stroke side to compete in the Florida regatta.

The World Rowing under 23 championships are being held at Sarasota-Bradenton in Florida from the 24th to the 28th of July.

The regatta course situated in the 600-acre Nathan Benderson Park which was purpose-designed as an international regatta course and includes a separate warm-up area, as well as eight racing lanes.

The World Rowing under 23 Championships showcases the up-and-coming rowers who are stepping up to be on their country’s senior team. The regatta is over four decades old; formerly known as the Nation’s Cup, it became a championship event in 2005.

The regatta has 22 boat classes, 11 for men and 11 for women, and includes some of the traditional rowing boat classes like the men’s and women’s coxed four.

Grace has previously represented New Zealand at the World Rowing Junior Championship in Lithuania in 2017 as well as the New Zealand under 21 Regatta against Australia in 2018.

Grace says she is very excited to represent New Zealand as well as the Tauranga Rowing Club in Florida.

An ex Tauranga Girls College student, Grace found her passion for rowing at the Tauranga Girls’ College Rowing Club. She had successes at the Maadi Cup in her last few years of school rowing.

“Rowing at Tauranga Girls’ College was so much fun” says Grace.

“I loved the regattas and the training on the beautiful Tauranga harbour. The trips to Twizel were always a highlight and these have helped to motivate me further”. 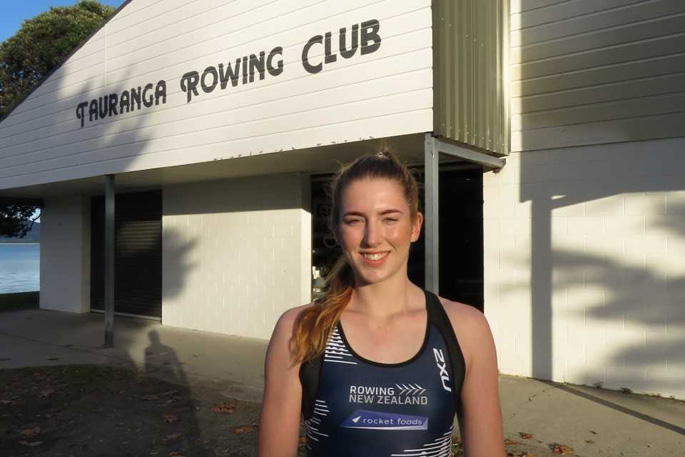 Grace is now training full time in Cambridge at Lake Karapiro. Between the multiple daily training sessions, she juggles a part-time job to help fund her rowing and studying psychology at the University of Waikato.

“To see the work and effort she puts in to make her dreams come true is truly inspiring”.

Grace has started a Givealittle Page to help to fund her trip. Age group Rowing in New Zealand is not funded so the trip to Florida to represent New Zealand will cost Holland $7,500.