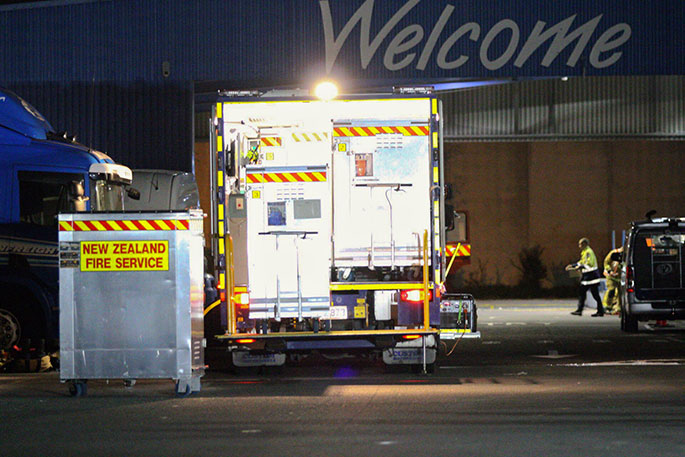 Emergency services at the scene of the spill. Photos: Cameron Avery.

A chemical spill sparked an emergency callout in Mount Maunganui.

Police and fire were notificed of the spill at a commercial premises on Te Maire St at 4.35pm.

"The Council and Worksafe were also notified. It appears no one was in any danger," says a police spokesperson.

A reporter at the scene says mutiple fire appliances attended to help contain the spill.

A Fire and Emergency New Zealand spokesperson says crews from Mount Maunganui, Tauranga and Greerton responded to the call.

"It was sulphuric acid and the last crew left at about 8.30pm."

The cause of the spill is under investigation. 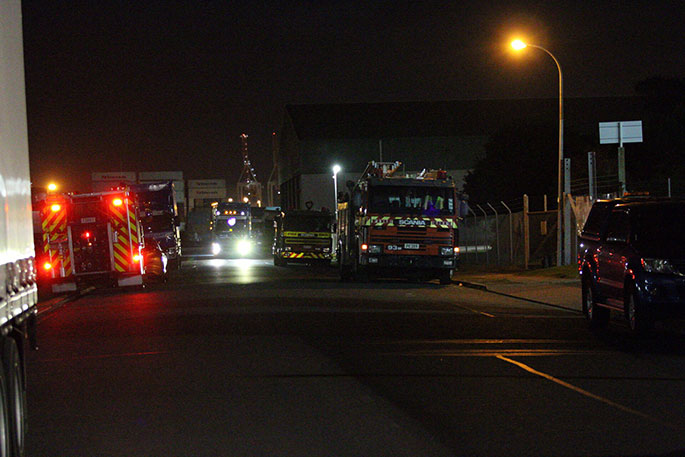