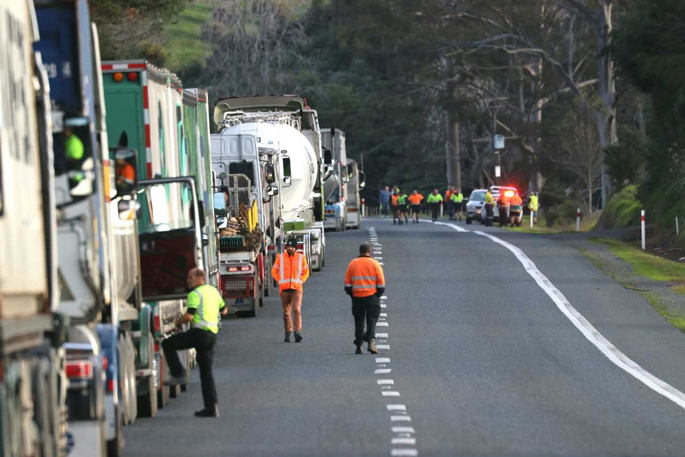 Some truck drivers were forced to wait following the crash as the diversion routes were not suitable for heavy motor vehicles. Photo: Daniel Hines/SunLive.

One person died and two others were injured following a two-vehicle crash on the highway, between Omanawa and Ruahihi roads, just before 2,30pm.

The road was closed for several hours as a result.

"Expect delays as congestion eases through the area."