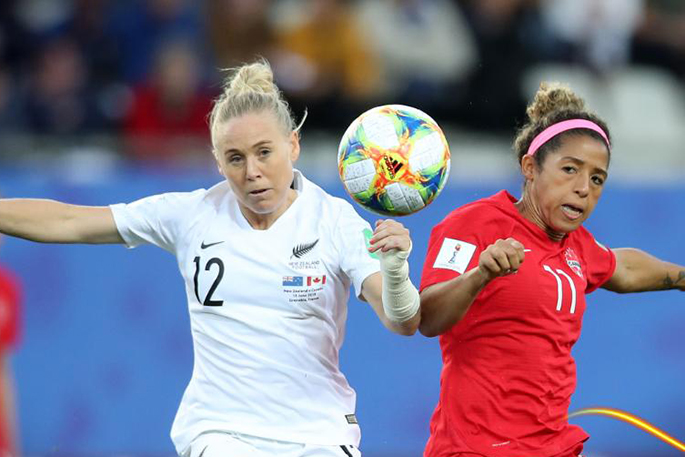 The Football Ferns now face a must-win encounter against Cameroon in their final group game of the FIFA Women’s World Cup after falling to a 2-0 loss against Canada this morning NZ time, in Grenoble, France.

Having never won a match or progressed from the group stages of this tournament, New Zealand’s hopes of making history by doing so are now hanging by a thread.

Tom Sermanni’s side is sitting joint bottom of Group E with two defeats but could still progress to the knockout rounds with a win over Cameroon as one of the best third-placed teams if other results also go their way.

After being denied a crucial point in their opener against the Netherlands by a heart-breaking late goal, the Ferns went into today’s Canada clash with plenty of confidence. But they were unable to back up their outstanding first-up performance as Canada showed why they are among the world’s most highly-ranked teams.

The North Americans dominated all of the telling statistics and earned the win their showing deserved with second-half strikes to Jessie Fleming and Nichelle Prince.

Tom was honest in his post-match assessment but is not giving up hope of making it out of pool play.
“We were just outplayed by a better team on the night,” says Tom.

“We never really got into any kind of rhythm tonight and didn’t get into any situations where we seemed to win things to get momentum. We’ll go back to what we talked about at the start, which is that we’ve got three games and we now have to try to win the next one. Hopefully, that might be enough to get to the Round of 16.”

Tom opted for the same starting line-up that did so well against the Netherlands, with Olivia Chance and Betsy Hassett swapping flanks in the only positional switch, but was soon forced into a change as Annalie Longo replaced the injured CJ Bott early on.

But, unlike against the European champions, New Zealand could not manage to create any meaningful goal-scoring opportunities and rarely posed an attacking threat to Canada. 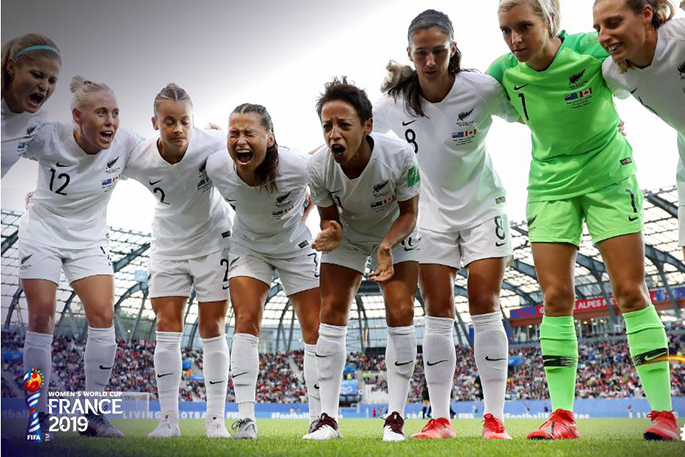 The Ferns again proved hard to break down though, Erin Nayler producing one of the saves of the tournament while Abby Erceg and Rebekah Stott once more proved New Zealand’s best performers in front of her.

That meant Canada struggled to turn their dominance into goals and it was scoreless at the break. But New Zealand’s stubborn resistance was finally broken early in the second half when Jessie tucked home a cut-back from Nichelle to plant one foot in the knockout stages for her team.

While producing little going forward, the Ferns continued to frustrate Canada and were kept in the game by Erin with just under 20 minutes to go, the France-based goalkeeper flinging herself to her left to somehow palm away a Nichelle header.

That gave Tom’s side a lifeline heading into the closing stages but Canada finally made sure of the points when Christine Sinclair headed against the post and Nichelle was on hand to prod in the rebound.

“They were the better team and credit to them because we weren’t good enough today,” admitted skipper Ali Riley.

“If we had put in an equal or better performance as we did against the Netherlands then it would be a different story but we didn’t do that today. We worked hard and there’s no taking away from that but they were the better team and deserved the win. We knew it could come down to this last game and now it is,” she added.

“The positive is that I don’t think we’ll play like this two games in a row – we always learn a lot from our mistakes and our lesser performances. We’re going to have to give everything we have against Cameroon because we have to get that win to have any chance of going through.”

The Football Ferns will now move on to Montpellier, where they will take on Cameroon in the early hours of Friday morning (NZT).