State Highway 2 is blocked in the northbound lane between Barrett Road and Youngson Road, says NZTA.

Traffic is building up on State Highway 2 following a three car crash.

A police spokesperson says they were called to the scene at 3.37pm.

"Fire and ambulance have been dispatched too.

"One lane is partially blocked for now and a power pole was struck."

Police say a tow truck has been called.

The NZTA say motorists are advised to expect delays in the area and to follow the direction of emergency services. 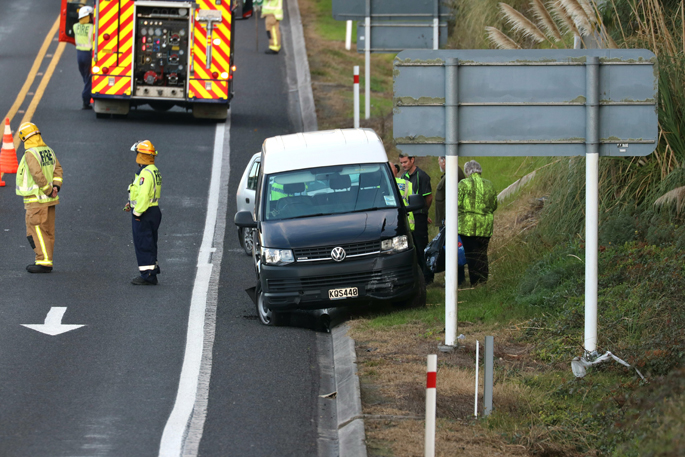 Three cars have crashed near Omokoroa this afternoon.

The crash is on the highway between Youngson Road and Plummers Point Road.

At this stage one fire truck from Omokoroa is understood to be responding to the crash.

Police have also been called to the scene.

A witness who drove past the scene says traffic is built up to Bethlehem on the highway heading north of Tauranga.

The NZTA say the road is under stop/go traffic management between Omokoroa Road and Plummers Point Road.

"Motorists are advised to expect delays in the area."

SunLive is working on getting more information, and we will update the story as soon as we can.

another case of travelling too fast and too close