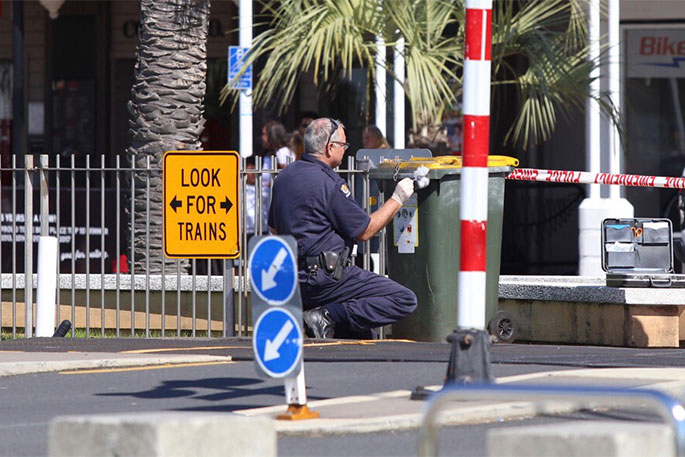 Police examining the scene on The Strand. Photo: Cameron Avery/SunLive.

A Tauranga man accused of assaulting another man has had his court appearance rescheduled until August.

Ihaka Stock was due to appear in court today charged with wounding with intent.

The charges stem from when a 39-year-old man was found unconscious on The Strand in the early hours of Sunday, 7 April.

The man was found in a critical condition near the playground and was rushed to Tauranga Hospital before being flown to Waikato Hospital with serious head injuries.

The victim, Dave Karaitiana, was knocked to the ground and hit is head so hard on the concrete that the impact knocked both sides of his brain.

During his first court appearance he was released on bail to a Hamilton address.

Stock was scheduled to appear for a case review in Tauranga District Court today, but this has now been put off until August 14.