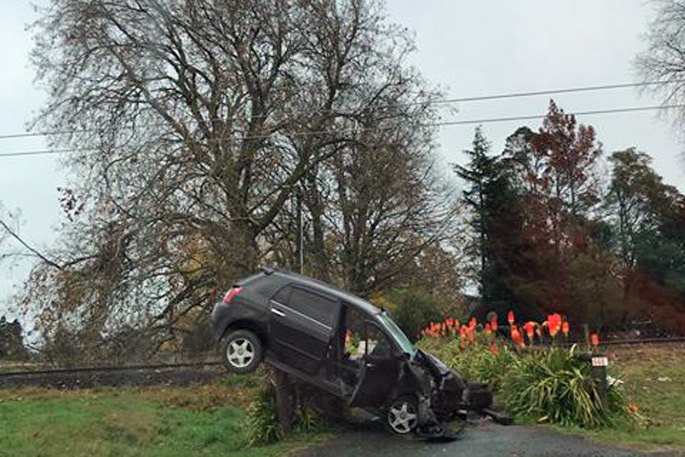 One person has been taken to hospital following a crash in Matata this morning.

A police spokesperson says police, ambulance and fire were called to the crash on Matata Road at around 9am.

The spokesperson says a car reportedly collided with a power pole.

“One person received minor injuries and was transported to hospital.”

Photos sent to SunLive on Facebook this morning, show one of the vehicle stuck on a fence at the end of a driveway.