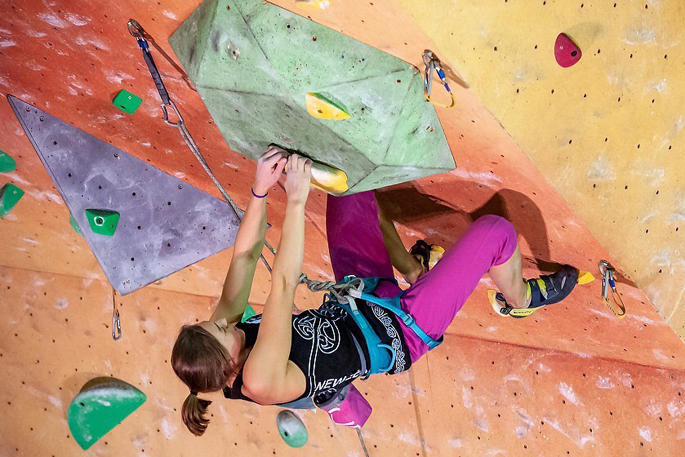 The 19-year-old Sarah Tetzlaff was one of five climbers from the Bay of Plenty Sport Climbing Association selected to attend the championships.

“It’s New Zealand’s most successful campaign in Aussie ever for the sport. The team came away with four gold, four silver and a bronze. It was super exciting,” says Sarah.

“Competing in Australia was very challenging and exciting. It was a great way to put my training to the test, and overall I’m pretty stoked with how I performed.”

To qualify, climbers had to be ranked in the top two in New Zealand in a discipline for their age category.

As New Zealand does not yet have a speed wall and is unable to run legitimate speed competitions, all members of the New Zealand team were given the option to compete in speed.

“This year the national team selection policy was changed in order to ensure that the top climbers in New Zealand make the team and are being supported in their journeys to become the best they can be on the international stage,” says Sarah.

“This is largely due to sport climbing appearing in the Tokyo 2020 Olympics – it would be awesome to see a Kiwi sport climber at the Olympics in years to come.”

A combined placing was given to each climber who competed in all three disciplines. Sarah came first in speed, second in lead and fifth in bouldering in her U20 age group, securing her silver in the combined category. 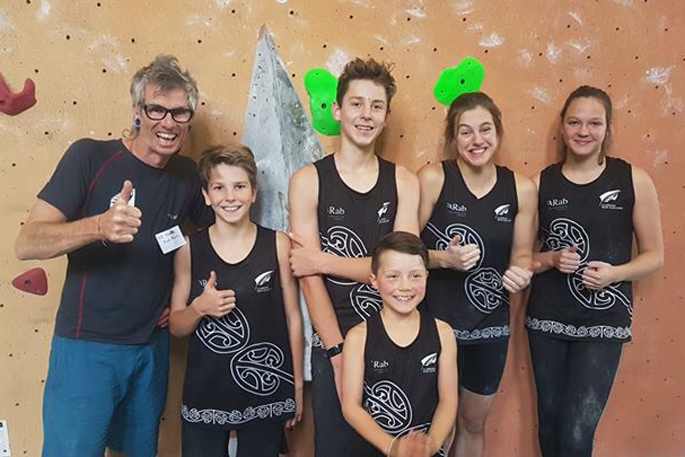 A week prior, Sarah was awarded gold and silver in the Climbing New Zealand National Lead Championships in Female U20 and Open Female respectively.

In lead climbing, climbers are tied into a rope and must clip into safety equipment as they climb upwards.

They were given six minutes to complete each 12m high route, which increases with difficulty the higher the climber gets.

Anyone who is affiliated to a regional club can complete at nationals, with 19 climbers competing from BOPSCA ranging in age from seven to 38.

A total of around 120 climbers competed across the eight age/ability categories, including four paraclimbers.

“It was a great turnout and was definitely larger compared to previous years,” says Sarah.

“It has become an extremely important event, as doing well at this event allows the top climbers for each category to qualify to compete overseas at international events such as Youth and Open World Championships, Open World Cups, Oceanias and Oceanic competitions.”

The climbing community is a close-knit one and national events are not just about competing, says Sarah.

“It’s often one of the only times that climbers from all over the country get to catch up with one another.

“Being at this event is always a great experience, seeing everyone cheering for their mates, especially their biggest rivals.”