Walkway to be closed for deer shooting operation 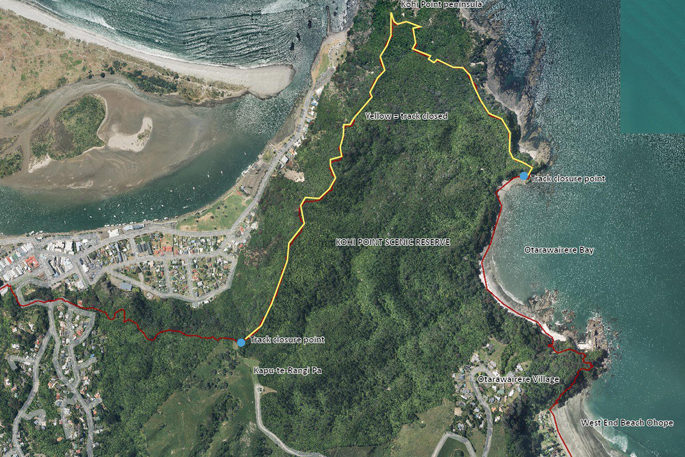 A section of the Nga Tapuwae o Toi walkway, on Kohi Point Scenic Reserve will be closed to the public from 6am to 6pm Tuesday June 11, to allow DOC to carry out a controlled deer-shooting operation.

DOC has received several accounts of deer sightings within the Kohi Point, and taonga species that inhabit the reserve are at risk.

“They prevent the regeneration of plant species they eat, which causes significant change to the structure and composition of native ecosystems.”

Due to the known impact that deer can have on significant coastal forests, the work has been programmed to promptly remove the threat by engaging a contractor using a firearm and a detector dog.

Weather permitting, the Nga Tapuwae o Toi walkway will be closed on Tuesday June 11 between Kapu Te Rangi Pa and the north-western end of Otarawairere Bay.

Advanced warning signs have been installed at entrance points to the track this week, with additional track closure signage to be installed on the day of the closure. The two track entrance points will be staffed to ensure no-on enters the track while the operation is underway.