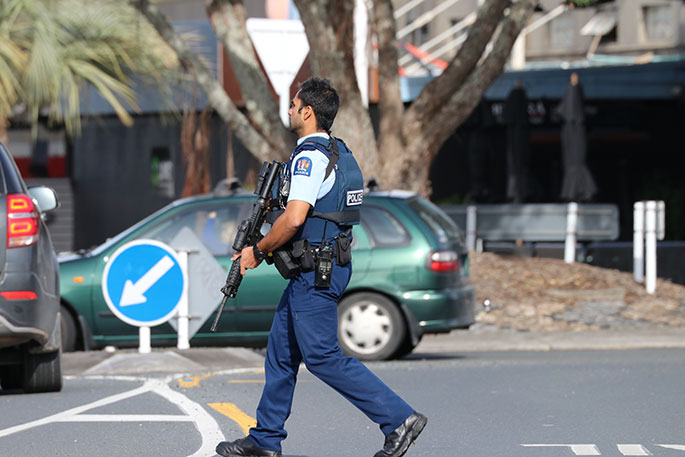 Police arrested one person on The Strand. Photo: Daniel Hines/SunLive.

Armed police have been spotted on The Strand in Tauranga.

A witness to the incident says police arrested a person near The Strand Motel around 12pm.

"The person had a black rifle and black gun bag.

"There are about six police units at the scene, with numerous members of the public around at the time.

"The officers were all armed." 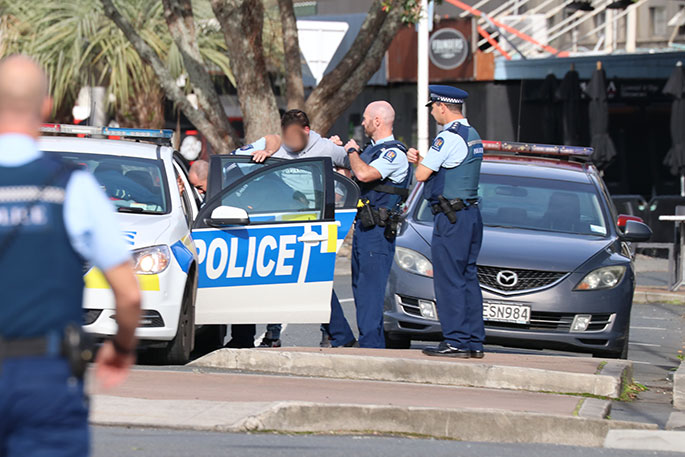 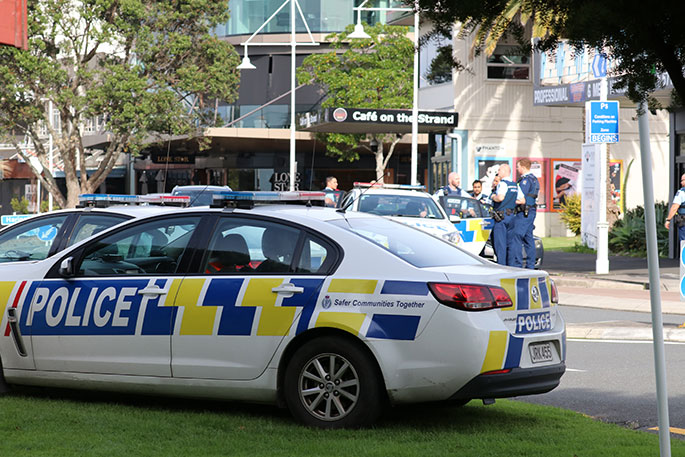