Two car crash with one flipped near Te Puke. 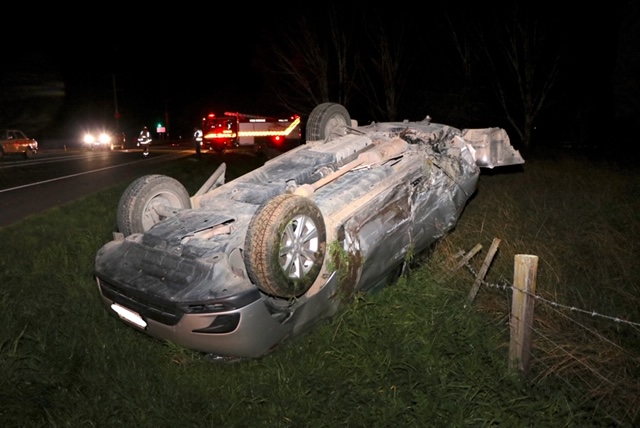 Click the image above to watch the video
Two cars have crashed on Saturday evening near Te Puke.

Police were called to the incident at the intersection of old SH2 known as the Te Puke Highway, and Collins Lane, Te Puke, at 5.45pm.

St John Ambulance and the Fire Emergency services were also called to the incident.

A SunLive reporter at the scene reports that the occupants of the vehicles were very lucky to escape the crash unhurt.

One of the vehicles, a Toyota Highlander SUV,  had overturned, ending up on its roof.

"It's rear wheel was ripped off during the crash. Both vehicles crashed through the fence into nearby paddocks. The other vehicle, a Nissan sedan, ended up about 50 m away from the SUV."

The two-vehicle crash resulted in one lane being blocked, with traffic management put in place to direct vehicles. 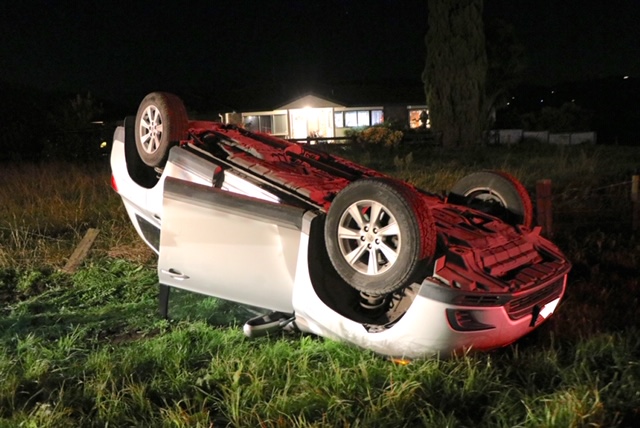