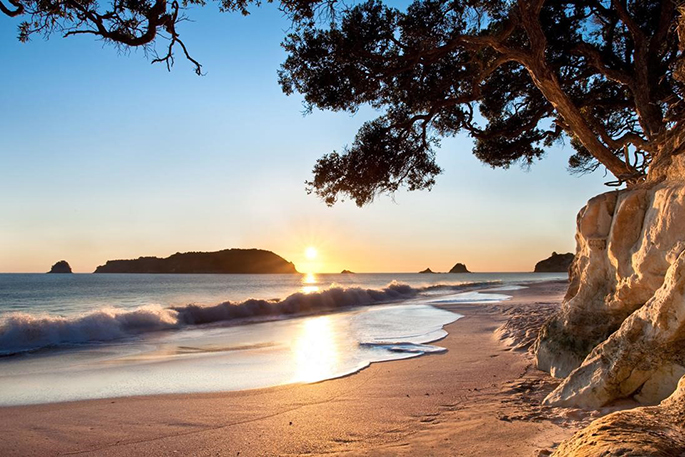 Kiwis enjoying a holiday at home are one of the key engines driving the growing Thames-Coromandel economy, new data reveals.

Economics consultancy Infometrics calculates the Thames-Coromandel economy expanded 2.5 per cent over the year to March, in line with national growth rates.

Tourism continues to shine as a key contributor to growth, with local tourism spending rising 9.9 per cent over the year to March to approximately $398 million – that’s more than double the 4.0 per cent growth rate recorded a year earlier.

Overall guest nights in Thames-Coromandel rose 4.6 per cent over the year and it’s the local tourists who are coming in greater numbers, with a 7.2 per cent rise in domestic guest nights, while the rate for international tourists fell 3.8 per cent.

The sustained strength in tourism partly drove growth in traffic flows in Thames-Coromandel, which rose 2 per cent over the year to March.

"This reflects what a fantastic job our local operators do in keeping visitors happy and wanting to come to the Coromandel in bigger numbers," says Sandra.

"Our Council is committed to supporting tourism, while keeping it sustainable.

"That's why destination management is one of the priorities we have in our Council's Productivity Plan, focused on high-value opportunities to support positive economic well-being.

“Last year we received more than $2 million in funding from the Government's Tourism Infrastructure Fund, which is going towards tourism-infrastructure projects that will help us cope with more visitors, and we are applying for more in the next funding round," says Sandra.

In particular, April was a stand-out month, when The Coromandel, which for tourism marketing purposes is the area that extends to Paeroa and Waihi, topped the national charts for tourism spending growth with a 26 per cent month-on-month leap to $45 million.

According to the monthly Regional Tourism Estimates visitor spend rankings, The Coromandel also recorded the second highest national growth rate, up 10 per cent at $489 million for the year, behind Gisborne/Tairawhiti which was up 12 per cent to $198 million.

Hadley says the April results are excellent for a month that falls outside the traditional summer peak.

“Destination Coromandel has been focusing on shoulder season growth for consecutive years now, with promising results,” says Hadley. “The Coromandel visitor season is now seven months long - from October through to April.”

Destination Coromandel is getting ready to release a winter wellness campaign to encourage visitors here in July and August, to help improve the local economy at this traditionally quiet time of year.