Cane and Kane vital to success 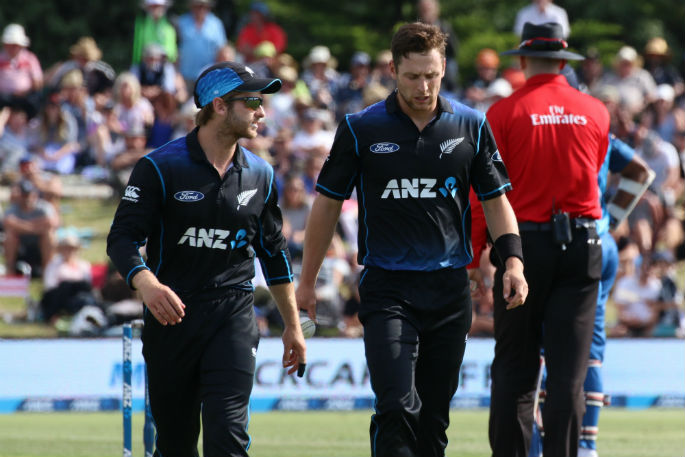 Kiwi sports fans are hoping for a rare triple crown of World Cup titles in 2019 with the cricket, netball and rugby tournaments to be decided over the next few months.

The fortunes of our two men’s teams may very well depend on Black Caps captain and leading batsman Kane Williamson and All Blacks openside flanker Sam Cane.

They are so important to their teams’ chances of winning it is almost tempting fate to talk about it publicly.

Kane and Sam are local Bay of Plenty boys who have never forgotten where they come from. It’s as if the outstanding song Don’t Forget Your Roots by Dunedin band Six60 was all about them.

It is evident in every media interview they give. Just try getting Kane to talk up being rated the second best batsman in the world or Sam to admit he is the next Richie McCaw.

I know as I have done it several times. What you get is not quite an icy stare but definitely a look and then a shrug of the shoulders that says they are not comfortable talking about themselves. Next question please.

It is all about the team and their contribution as part of a bigger picture. That’s what they love talking about.

It is such a refreshing difference to the brashness and at times obvious arrogance that comes out of the Australian cricket camp.

Of the traits that Kane and Sam share there is another that defines the very good athletes from the great ones. Their work ethic is legendary. First to practise and last to finish doing extras, preferring to spend time at the gym or training one-on-one with a skills coach instead of playing golf is their norm.

Sometimes the best way to notice how important a player is in any given team is when they are not there.

Take the Chiefs without Sam. There is absolutely no coincidence that his return to contact at training has ushered in a change in attitude in defence. The pride or mana of the Chiefs has been built over several years on the fierce mental toughness of the great loose forwards Liam Messam, Tanerau Latimer and Sam.

It is not so much how hard they hit, attacking ball runners head-on that made the difference, although their hits would always feature in any “Smashed Em Bro” sequence on the Crowd Goes Wild, but how quickly they get up to make the next tackle.

Sam has said to me on many occasions that tackling is all about heart to get up time and time again to defend your line when your lungs are burning.

His defensive performance in the second half against the Crusaders in Suva last Saturday was staggering for his third game back from a broken neck.

First up in the triple crown aspirations are the Black Caps who are underway in England, followed by the Silver Ferns in July then the All Blacks are in action in September and October.