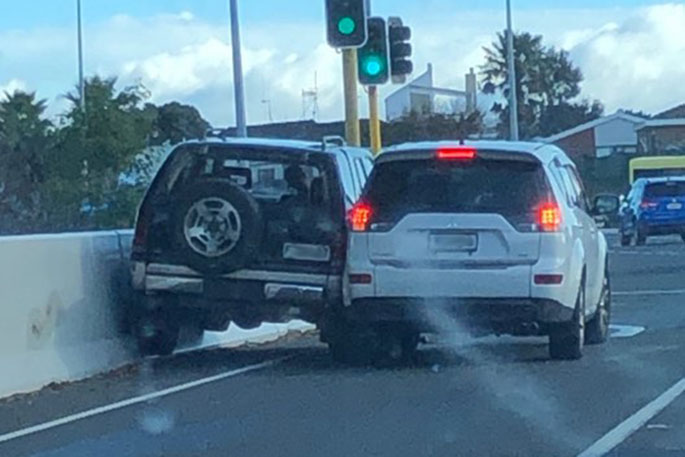 The two vehicles involved in the crash. Supplied photos.

Two vehicles have crashed on State Highway 29a, near the Maungatapu roundabout.

A SunLive reader who sent in photos says one lane of the road is block.

"The guy looks like he’s trying to get out. Maybe he hit them or is something," says the reader.

A police spokesperson says they were called to the crash around 2:05pm.

"There are no injuries, ambo was not needed.

"Police are still at the scene." 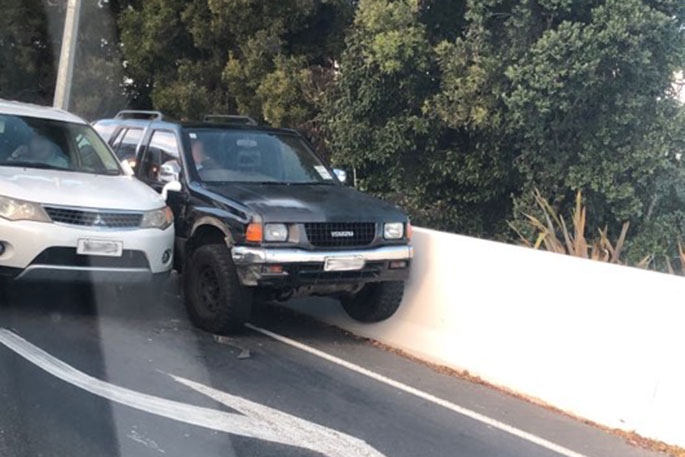 Into ONE lane don’t go!! Be interesting to read the Police accident report !!