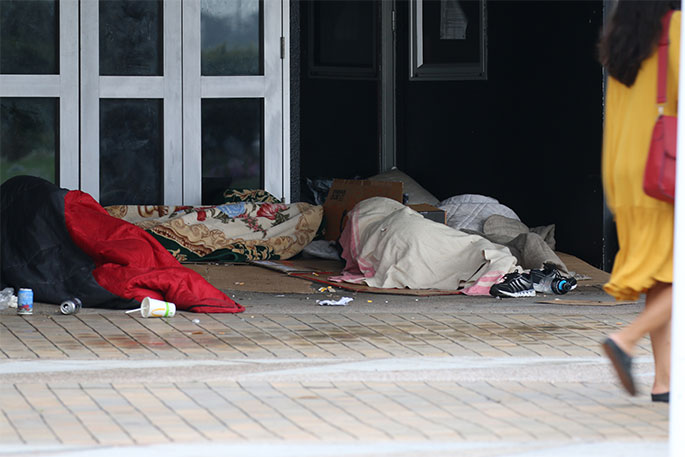 Last week’s announcement means the internationally-acclaimed Housing First programme will be able to reach 2700 homeless people and help get them into permanent homes.

Terry says the council welcomes any initiative to help the vulnerable and disadvantaged in our community.

When asked if this announcement will benefit the city, he says at this stage it’s too early to tell.

“However we look forward to seeing the details of this programme.”

Research by the University of Otago found that chronically homeless people have high mental health needs. It found that in the five years before being housed, 390 people seen by the People’s Project in Hamilton had spent a total of 10,000 bed nights in mental health facilities – that’s about a month per person.

They were also given 55,000 prescriptions, most commonly for anti-psychotic and anti-depressant medicines.

The Housing First programme understands that it is easier for people to address their issues once they have a home. That’s why they house them, then support them to address their issues by connecting them with services, such as counselling and addiction treatment, helping them to keep their homes and avoid ending up back on the streets.

As announced the Wellbeing Budget will invest $197 million over four years into Housing First, which will fund 1044 new places.

This is the largest government investment in addressing chronic homelessness.