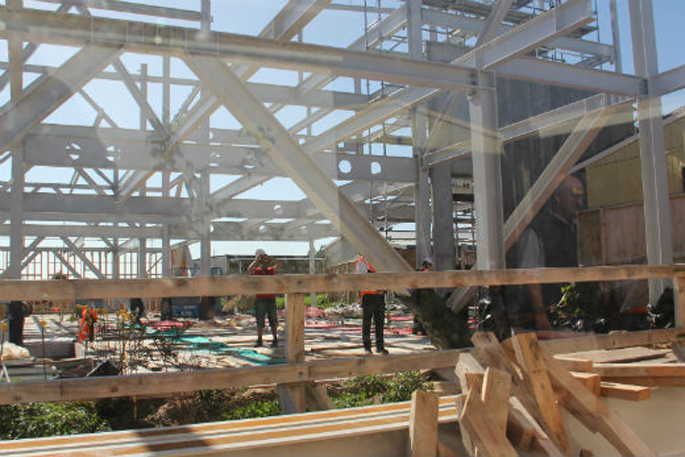 During the first five months of 2019 there has been a continued growth in construction activity, with the combined Tauranga/Western Bay sub-region issuing two per cent more building consents by value than at the same time last year.

Individually, Tauranga has slowed a little and is three per cent behind last year, however Western Bay has surged ahead this month and is now 22 per cent ahead by value.

“As noted in previous reposts this year, the growth has not been smooth, with two-year highs and lows being recorded close together and sometimes in consecutive months,” says a report by Priority One.

“Year to date, Tauranga had a strong January month, a quiet February month, a record-breaking March and then a slowdown in April and May.

“Western Bay’s consents formed the opposite pattern, starting strongly, having a record setting February, a slowdown in March and April, and then a very strong May.

“This demonstrates that building consents can fluctuate considerably month to month and any significant changes can be more a quirk of processing than setting a new trend.

“Tauranga is currently holding steady, issuing $67 million over 236 consents during May. This includes the highest number and value of consents for new residential dwellings issued since September 2018. There has been a slowdown in commercial consents issued in May after high values recorded in the first four months, including the highest value ever recorded in March.

“The high number of consents issued by both local authorities during May is largely as a result of a lot of small consents for residential heating systems being issued, as is usual for this time of year.

“Details on all consents issued by Tauranga City Council and Western Bay of District Council during May are outlined on pages three and four of this report. In addition, Priority One has records going back to 2004 where different categories of consents issued can be compared.”

Total value of consents was $36.8m, well ahead of last month’s $12.5m, which was the two-year low, and also more than the $21.8m in consents issued in May 2018. This is the second highest value over two years after the $40.7m issued in February this year.

Stop issuing consents until our road network can handle an increased population. Councils are as much to blame as NZTA and the current and past governments for the over crowded roads we have in our region today. We are now full.....so no more residents for now thanks.