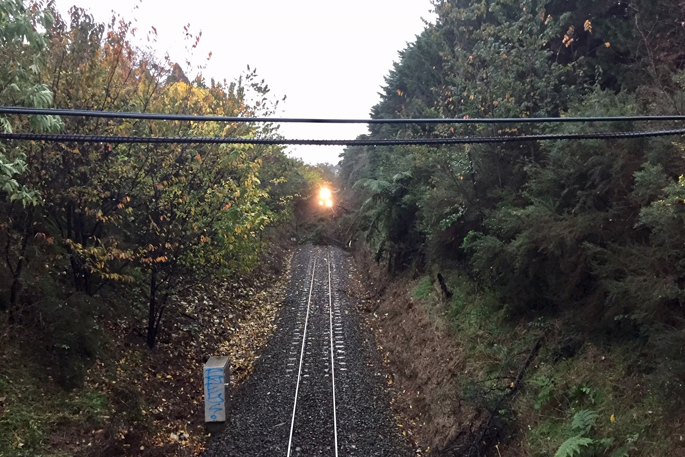 Following a bad spell of weather this afternoon, trees have fallen on to a railway line near Te Puna.

KiwiRail Executive General Manager Operations Siva Sivapakkiam says severe weather has brought down multiple trees on the railway line between Apata and Te Puna in the Bay of Plenty.

“KiwiRail staff are on site now clearing the line but some freight services will be affected.

“It is hoped to re-open the line later this evening.”

Many parts of the Bay of Plenty were affected by a bad period of weather which struck the area this afternoon.

Power outages occurred in Whakamarama and Te Puke, and a tornado flew through Te Puna.