NZTA estimates speed limits too high on most roads 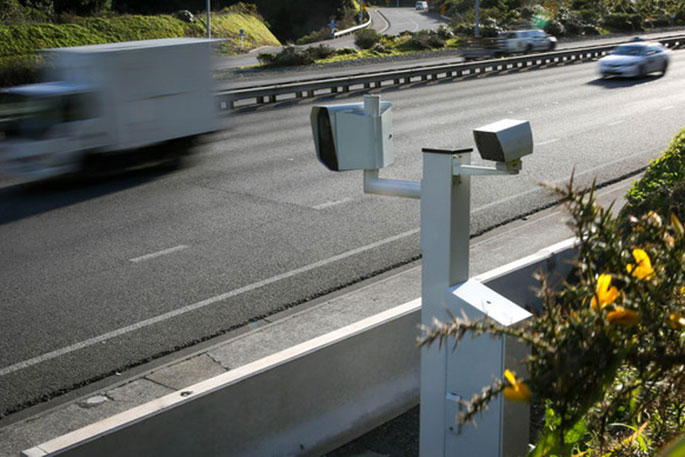 The agency's Mega Map's risk assessment tool suggests only 5 percent of the open road should have a speed limit has high as 100km/h. - Photo: RNZ / Alexander Robertson

The Transport Agency has estimated that 87 per cent of speed limits on New Zealand roads are too high.

The agency's online risk assessment tool, Mega Maps, uses a range of factors such as crash history, road conditions, surrounding land use and traffic volumes to calculate an ideal speed.

Mega Maps suggests only 5 percent of the open road should have the current 100 kilometre an hour speed limit, and in most cases a speed of 60-80 km/h should apply.

For most urban areas, Mega Maps suggests the safe and appropriate speed would be 30-40 km/h

The Mega Maps tool is used by NZTA and councils as a guide for deciding on new speed limits.

Road Transport Forum chief executive Nick Legget says with the government wanting to crack down on the road toll, he's concerned speed limits could drop across the country.

Nick says that would severely restrict the movement of freight and the productivity of New Zealand's economy, as well as having a major impact on the everyday lives of drivers.

Last month, Transport Minister Julie Anne Genter said the government's Vision Zero road safety plan seeks to drop the number of road deaths by half in the next decade and one tool was to reduce speed limits.

"We wouldn't have a blanket reduction.

Nick says the suggestion of lowering speed limits was about slowing New Zealand down and potentially making it a lot less productive.

"The speed limit is 90 for trucks, and the worry for us is you make that 60 you are making it much much harder for the New Zealand economy to be productive for people to be able to move their goods around the country - and the economy will suffer."

New Zealand's population was too small to be able to subsidise public transport as other countries do, so it relied on roads.

"What we've seen in the last couple of years is a de-funding of the roading budget."

He says speed is one factor in safety - and backed lowering the limit on dangerous spots - but said New Zealand should prioritise improving the quality of the roads.

If you look at all the crashes very few are "boy racer" types. Mostly trucks and cars driven by your "average" Kiwi who would not consider themselves idiots. Many think along the lines of they are great drivers and will drive at a speed they deem fit and only idiots crash! So if you’re thinking along the same lines you are basically calling yourself an idiot. You just haven’t crashed yet. Therein lies the problem - idiots don’t know they are idiots. Which is why we have laws and limits, and these must be enforced. The crash rate in NZ is awful so there must be a high proportion of idiots.

It’s not the roads, it’s not the speed - it’s the idiots. Where’s our road Police. When we had a traffic department that dealt with reading our roads safer from these lead footed idiots that don’t care about anyone but themselves. How often do you see Police on the Bay of Plenty expressways. Our own Government combined Police and Traffic some years ago and that was their nut- headed way of keeping their empty promise to increase Police numbers. Get Traffic Officers back and come down heavy on these speed demon idiots and their pathetic pimped cars.

You cannot get Kiwis to drive to the current limits so what chance have you of getting Bo & Luke to slow down? Yee haw. Sherriff Roscoe P Coltrane in hot pursuit.

Oh get off it!

If you want to reduce the road toll, make it harder to earn the PRIVILEGE of using the roads!

Make better drivers then the speed limit doesn’t has to come down.

Why punish the sensible drivers for the crazy drivers. Most people drive to the condition of the road. If your suggestions are taken notice of we will be travelling for weeks to get anywhere. How bloody ludicrous can you be.

They want us all back on

Bikes and using a horse and cart !!!

all vehicles except mine should be limited to 60 ks

Why is it that everything is speed. You would think by now the authorities would have caught on to the major problem “causing most accidents”. Not speed as such!! Why does no one address the slow driver problem that causes accidents. Not enough police revenue !!! Slow drivers frustrating the heavy road congestion and then accident start to happen far more. Police refuse to deal with the excessively slow drivers. Always speed speed only discussed. Speeding while passing slow drivers and at the end of passing lanes are the police go too.set up radar there especially . How many slow speed tickets given in the last 5 years. Lucky to hit 100. Time for a change of thinking and police administration personal. Tunnel vision is causing a lot of the problem.

I suggest NZTA ditch Mega Maps and get in a vehicle instead and drive the roads to see if 100 is too fast. To state that only 5% are capable of handling 100km/h is ridiculous!! It’s the drivers who are the problem in MOST cases, not the road and not the speed limit. At this rate a drive from Omokoroa to Auckland will take 4 hours instead of 2.25/2.5 hours. We need more lanes and better driver education. Reducing speed limits is not the answer!!