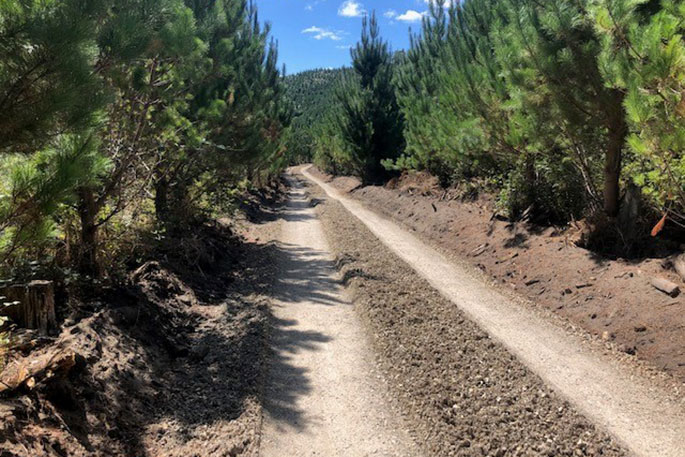 The new cycle trail – Kaikōkopu - between Paengaroa and Rotoiti opens today, marking an important milestone in the national cycleway network and providing cyclists with more links to Bay of Plenty townships.

Garry says the Western Bay offers some beautiful scenic country for cyclists but there are also busy state highway that pose dangers for cycling.

“To have completed this important link in the trail provides a safe escape from one of the most dangerous stretches of SH33 and gives cyclists the opportunity to take in the scenery of our coastline and countryside.

“This project is a great example of collaboration between our Council, Rotorua Lakes Council, the Tauranga Trails Trust, the Paengaroa business community and NZTA. It is a proud moment for everyone involved.”

Rotorua Lakes District Council Mayor Steve Chadwick says the link offers a trail network into the Rotorua District from north, south, east and west and is adding to propositions from the coast to the volcanic plateau through its tourism and community platforms.

“NZTA support has been most appreciated for connecting safe, fun and family friendly trails to create the settings for more people to cycle more often. We already have the best mountain biking facility in New Zealand and we’re working closely with Western Bay to connect our trail proposition into the Eastern Bay of Plenty as well as the Waikato and Taupo districts.”

The $180,000 trail has been funded by NZTA signifying its importance as a safe link for cyclists to avoid using SH33.

The section that has recently been constructed and is opening today is the six-kilometre gravel surface section through Roydon Downs Reserve which connects Western Bay and Rotorua Lakes districts. The project is a joint effort supported by Western Bay of Plenty District Council, the Trails Trust, local iwi and the Department of Conservation.

The completed link through the reserve is a gravel surface for about three kilometres and forms part of the Tauranga-Rotorua Cycle trail. Ultimately it will be part of the New Zealand Cycle Trail network. The completed link extends the existing cycling journey between Papamoa and Paengaroa to Rotorua.