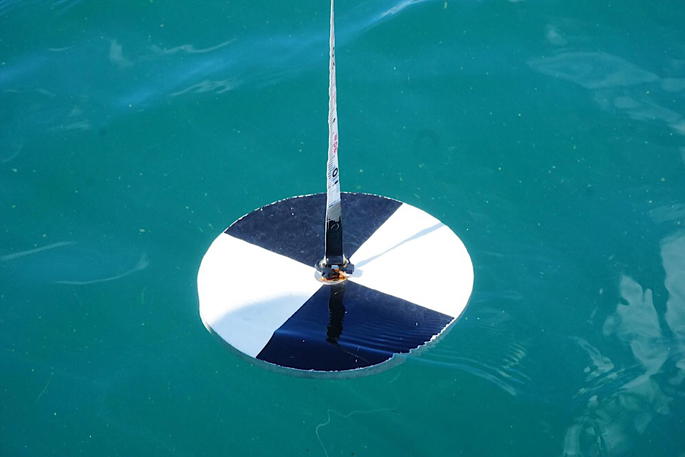 Water clarity is expressed as Secchi depth, which is the depth at which a Secchi disk disappears from view when lowered into the water. Image: Supplied.

A team led by senior scientist Doctor Moritz Lehmann at Xerra Earth Observation Institute and the University of Waikato has published an analysis of 18-year trends in lake water clarity in the Rotorua lakes.

What makes the study special is that it combines human observations, taken from a boat, with observations from 700km above the Earth’s surface by satellites. This combination of data sources allowed the researchers to assemble a data record from 1999 to 2017 for 23 lakes, a data volume far greater than available using traditional ground-based methods.

“Most trends in the other lakes were also found to be positive, but not statistically significant.”

The researchers indicated that some improvements may be related to lake management actions such as alum dosing, water diversion and weed harvesting, but direct cause-and-effect relationships were not tested in this study. Lake Okareka was the only lake that showed a significant decline in water clarity.

Moritz says using satellite data to measure water quality attributes has become a reliable source of data for those conducting environmental monitoring programmes, such as local, regional and national governments and their stakeholder groups.