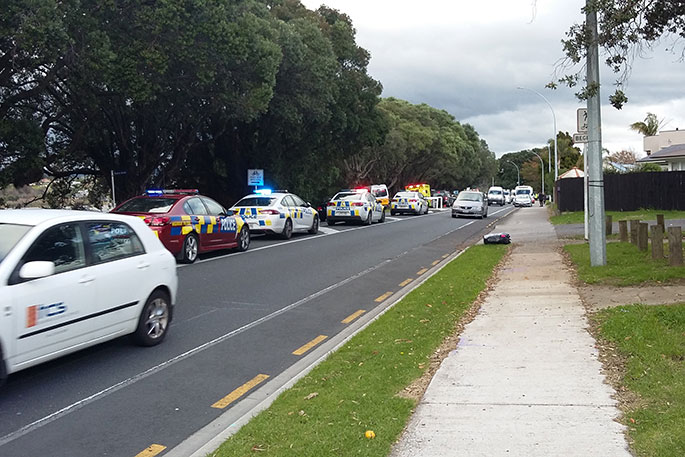 UPDATED 3.39PM: One person has been taken to Tauranga Hospital after a crash on Turret Road this afternoon.

Emergency services were called to the crash, near the Turret Road Bridge, just before 3pm.

Jorja Pateron witnessed the incident and says the driver of a vehicle appears to have suffered from a heart attack.

She says a man was driving the vehicle that crashed into the back of a rubbish truck, before hitting a tree further down the road.

“They did CPR on him and he was taken to hospital.”

A police spokesperson says the driver is in critical condition.

Significant traffic delays are being reported in the area as emergency services work to clear the scene.

"Both lanes are open and traffic is flowing but there are delays."

Traffic delays are being reported on Turret Road, near 15th Ave, this afternoon.

A caller to the 0800 SUNLIVE news hotline says traffic is stalled between the Turret Road Bridge and 15th Ave.

"Firefighters are directing traffic around a vehicle which may have crashed."

People are advised to expect delays in the area or avoid the scene if possible.

The driver’s around Tauranga deserve a prize I tells ya. A big fat wooden spoon.