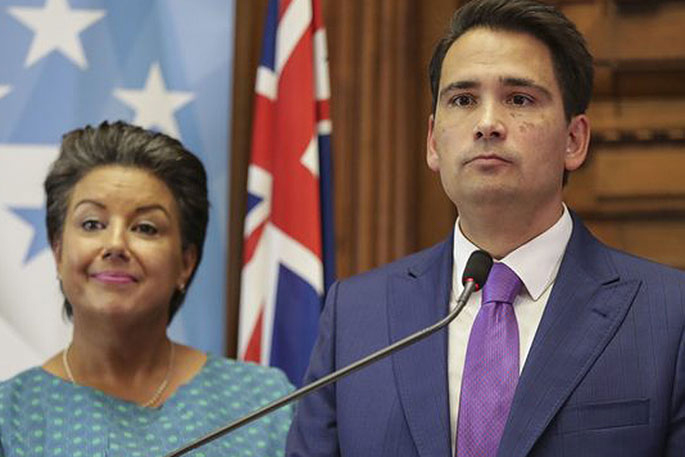 Deputy Leader of the opposition Paula Bennett says the Prime Minister must be open and transparent about what questions she has asked her Finance Minister since spurious allegations were made that National acquired budget documents through criminal activity.

National has written to State Services Commissioner Peter Hughes requesting the SSC widen its Budget investigation into treasury and its secretary to address a number of serious questions about the behaviour of both the department and the Finance Minister.

“The GCSB’s National Cyber Security Centre has said publically that it told Treasury its computer system was not compromised, yet both Gabriel Makhlouf and Grant Robertson chose to issue statements implying National carried out a ‘systematic hack’,” Paula says.

“Among the many questions that still need answering is what information Treasury and the Finance Minister had at their disposal before they issued those statements.

Paula says it took 36 hours for treasury to come clean that it was sitting on a lie, and the Prime Minister needs to explain why she allowed her Government to mislead the public for so long.

“Did she and Grant Robertson ask the right questions of Gabriel Makhlouf, or did they take a ‘see no evil, speak no evil’ approach to all of this?

“It is concerning that even after Treasury admitted the Budget information was obtained without any hacking, its statement failed to offer an apology or take responsibility, and continued to disparage the Opposition in an entirely inappropriate way.”

Paula says the Government botched both the handling and content of the budget.

“Despite claiming to prioritise wellbeing its first act was to legislate for an extra $360m in fuel taxes over two years.

“It is also imposing more taxes on hardworking New Zealanders struggling with the rising cost of living, including a $71m tax on anyone using mobile phone overseas and a $57m workplace levy on businesses.

“There is barely enough money to keep the lights on for DHBs, more school classrooms but no teachers to fill them, no new roads and a $200m fund to drown farmers in tough regulations and excessive bureaucracy.”

Both Bridges and Bennett talk about transparency...the only things transparent are their arguments. Simply political grandstanding . Note the tenor of their comments above. The presentations are so weak and predictable. I doubt that the average Kiwi voter is remotely interested.

National are saying they would do this and that but did not do it when they had their chance. They are becoming so pathetic in there approach by trying to prosecute everything but I guess as their leader was a Crown Prosecuter it is had to get out of that mode.Perhaps they should take notice of Sir Richard Branson’s comment that the wellbeing budget should be a blueprint for the world but I guess they would be negative about his comments too.

Shame I saw this from National is the reason why I would never vote for them again. How can you ask someone this question when proof shows they never did.... hospitals and teachers to name 2.