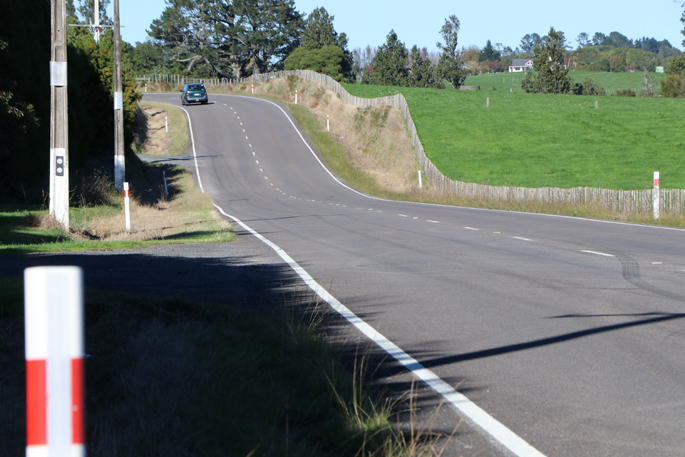 The scene of the crash. Photo: Daniel Hines/SunLive.

Police are asking for the public’s assistance following a crash involving a cyclist and a ute in Oropi this morning,

A Police spokesperson says the ute left the scene following the collision.

“Police were called to Oropi Rd, near Kensington Lane, about 10.05am after a ute and a cyclist collided.

“The cyclist, who had been travelling in a party of three, has been transported to hospital with moderate injuries.

“The ute is described as a white or silver flat-bed ute, with a registration number beginning with 'NU'.”

Police are appealing to anyone who witnessed the crash, or who might have information about this vehicle, to come forward.

Anyone with information should get in touch with Police by calling 105, or you can give information anonymously through Crimestoppers on 0800 555 111.