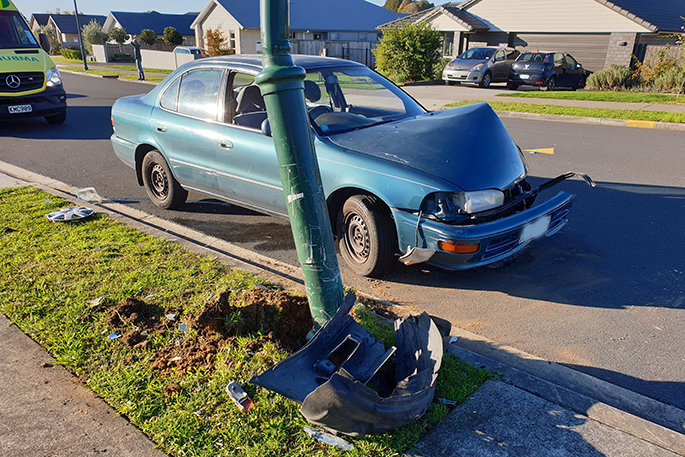 A vehicle has hit a street light on Hollister Lane on Sunday afternoon.

The first person at the scene reported to SunLive that he quickly assessed the driver to make sure he was uninjured and remained at the scene until ambulance and police arrived.

“The car is still there. It’s not driveable, and the police have taped it off.

“The residents here told me that they heard the car coming at speed along the road, and one person I spoke to said they saw the crash and said that it was definitely speeding.”

The accident happened just before 3 pm.

Police report that they attended the incident and spoke with the driver who was not thought to have been injured. 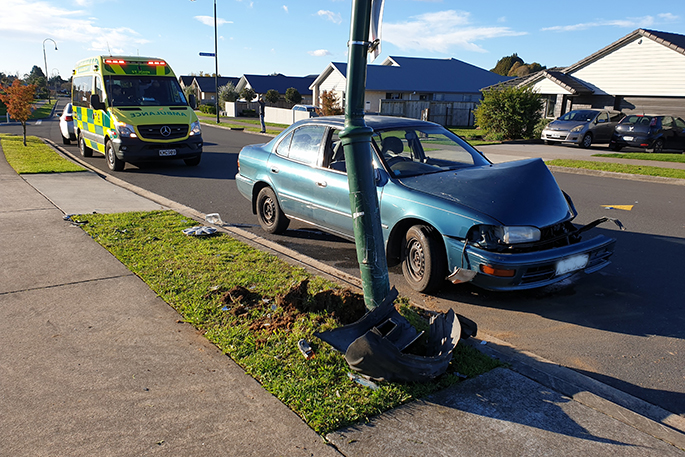 Glad the cops spoke to them. That’s sure to fix the problem.

These power poles are annoying, as the number of single car crashes, that have hit them, in the last week, seems to show. Sounds like this car was speeding. How unusual. How about making these people pay the cost of repairs. MAY make them think twice about doing it again.