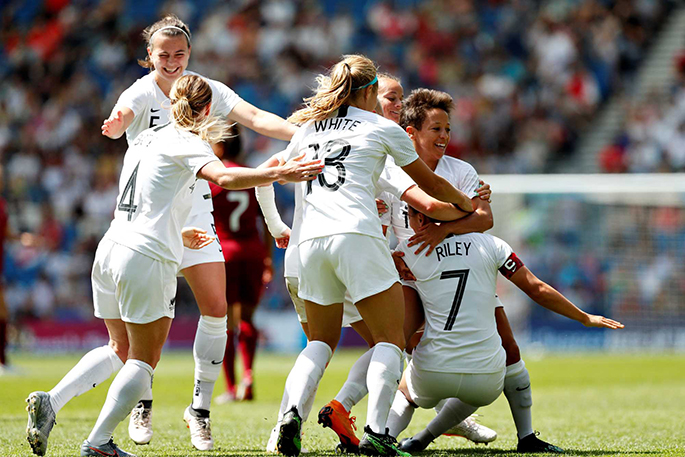 The Football Ferns have received a huge confidence boost ahead of the FIFA Women’s World Cup in France with their first-ever win over World No 3 England Saturday night - NZ time - in Brighton.

The World No 19 Ferns, who survived a nervous start in front of a record crowd of 20, 076 fans at The Amex Stadium, delivered a determined second-half performance to upset one of the FIFA Women’s World Cup favourites in their final game at home before the tournament kicks off next week in Paris.

The Phil Neville coached England dominated possession and territory, but could not convert their chances. Football Ferns forward Sarah Gregorius made them pay when she scored against the run of play in the 50th minute and the OFC Champions held on for a memorable win.

It is the first time a New Zealand football team has beaten England - male or female - at any level. The Ferns had not beaten England from three attempts before this fixture. In 2010 they drew 0-0 at the Peace Queen Cup, at the 2011 FIFA Women’s World Cup they went down 2-1, and in 2013 they lost 3-1 at the Cyprus Cup. 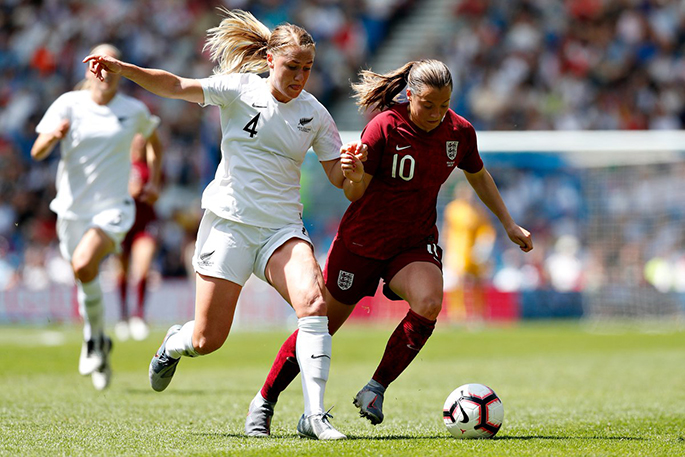 England had a plethora of scoring opportunities in the first half with Jodie Taylor, Nikita Parris and Fran Kirby all a constant threat on goal. They lacked the finishing touch and also the Ferns keeper Erin Nayler was omnipresent and was later named as the Player of the Match.

The Football Ferns regrouped at half-time and Gregorius came up with the moment of magic shortly after the break. Rosie White hit a powerful right-foot shot which the England goalkeeper Carly Telford could not control and Gregorius was on hand to finish from close range.

It was the 31-year-old’s 34th goal – and second against England - in her 93rd A International for the Football Ferns. She ran off in manic fashion to the touchline, urging her team-mates to come with her and celebrate what proved to be the defining moment in the match. 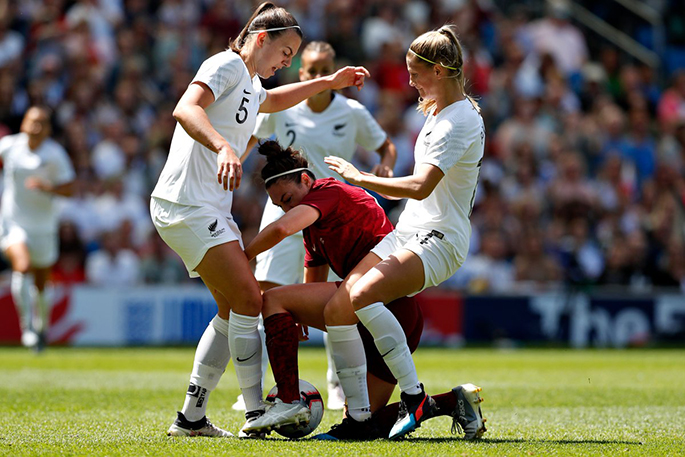 As expected, the Lionesses came back into the game and pushed hard for the equaliser. But the opening goal strengthened the belief of the Ferns and they showed great character and resolve.

Nayler continued to make good, clear decisions under pressure. The Lionesses had their best chance of the half with 20 minutes to play when Karen Carney was played in by Taylor but she was denied at close range by the Ferns keeper.

Former captain Abby Erceg was also inspirational in the second half as she led a much more composed New Zealand defensive line. She made a couple of timely saves in the final 10 minutes to keep England at distance. Ria Percival grew into the game in the midfield as the Ferns pressed higher up the pitch and frustrated their more fancied rivals.

Football Ferns coach Tom Sermanni made four changes in the second half with Hannah Wilkinson, Olivia Chance, Annalie Longo and Paige Satchell all coming on to close out the win. 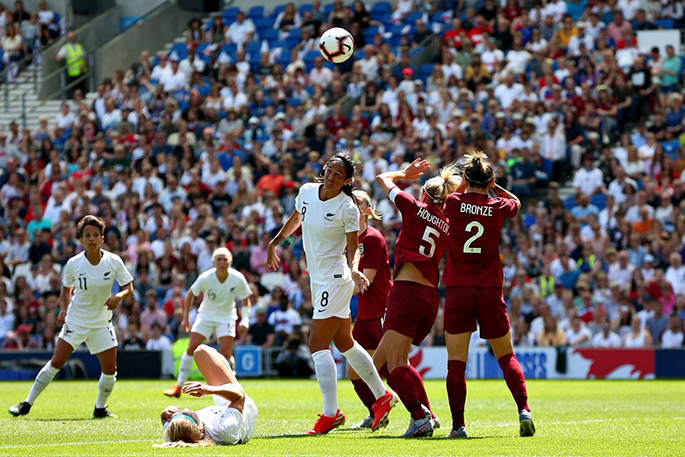 The Ferns have one more international friendly against Wales on 4 June before they head to France for the FIFA Women’s World Cup where they will meet the Netherlands, Canada and Cameroon.

They will now travel to Le Havre with renewed belief they can make history at the World Cup after securing a win of huge significance against one of the tournament favourites.