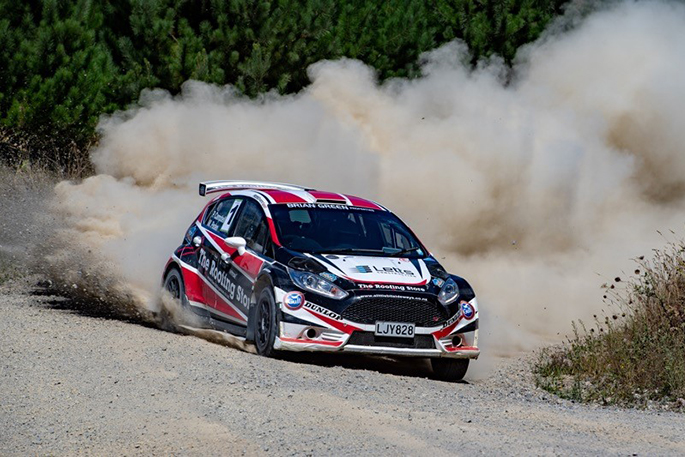 He is looking to boost himself back towards the front of the national championship standings.

Phil made a great start to the season, coming home third at the season opening Otago Rally and was well in the hunt to repeat that podium finish after the opening day, but an unfortunate clutch problem saw him retire at the start of the second day. That would see him drop to seventh in the standings, although just 20 points away from second place.

The Christchurch-based event has offered up mixed results for Phil and his team, with a podium finish mixed in with a couple of failures to make the finish. Last year saw a troubled debut for the team’s new Ford Fiesta AP4, which resulted in engine failure after four stages.

This year, with a season under their belt and a change in event format, Campbell is confident he and co-driver Mal Peden can stand on the podium again. The event will offer up plenty of challenges, with a mixture of fast flowing public roads, forestry roads and even a pair of night stages.

“It’s certainly going to be a challenging event, thankfully we love public roads and we’ve done plenty of forest driving at the local TECT park as well,” says Phil. “We took the chance to give the car a good test last weekend and check the lights won’t give us any drama, so now we’ve just got to get on with it.

“It’s a little depressing seeing my name so far down the points table, thankfully it’s all pretty tight at the moment and hopefully a good result should put us closer towards the top.”

The Lone Star Rally Canterbury gets underway with a ceremonial start outside the Lone Star in Manchester Street, Christchurch, from 5pm on Saturday June 1.

On Sunday, teams will tackle 162 kilometres of special stages, travelling as far north as Cheviot, before returning to the ceremonial finish at Lone Star from 7.14pm.