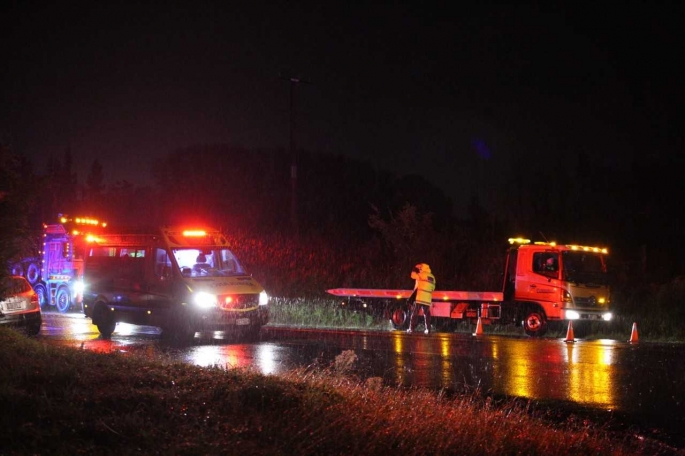 One vehicle is reported to have crashed into a ditch, while another has sustained significant frontal damage. Photo: Cameron Avery/SunLive.

Multiple people have been injured in a two car crash near Te Puke tonight.

Emergency services were called to the crash on Te Matai Road, between Te Puke Highway and Te Kahika Rd East at 7.10pm.

"The road is down to one lane and traffic is being managed," says a police spokesperson.

"Sounds like there a multiple people with a range of injuries.