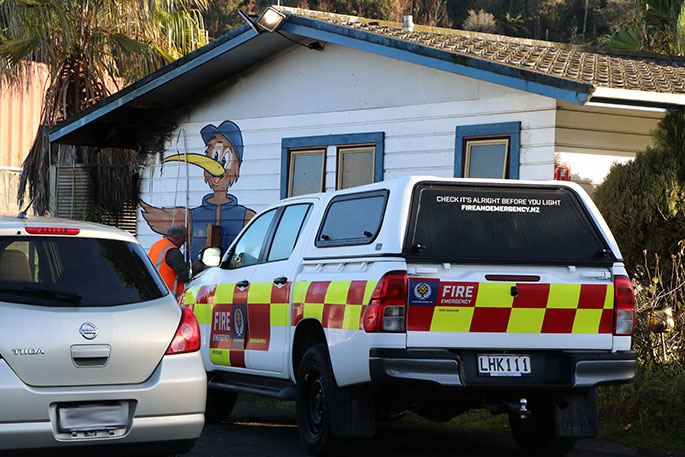 Fire investigators and police at the scene of a fire in Greerton this morning. Photos:Daniel Hines/SunLive.

Police and fire investigators are expected to be back at a property in Greerton this morning, following a fire from overnight.

Three fire crews, one from Greerton and Two from Tauranga station, were called to reports of an office fire on Maleme Street around 9pm.

Fire and Emergency New Zealand northern fire communications shift manager Carren Larking says the call original came in as an office building fire, but was found to be a barbecue adjacent to the building.

A caller to the 0800 SUNLIVE news hotline this morning says they saw at least two police cars at the property on Melame Street this morning.

“Police were called to assist by fire last night shortly before midnight to a report of a fire near a building at a property,” says a police spokesperson.

“It appears fire investigators and police were expected back at the property this morning to make further inquiries.” 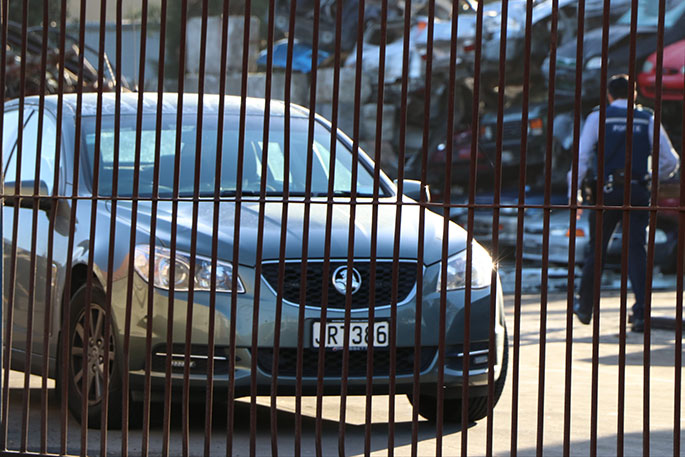