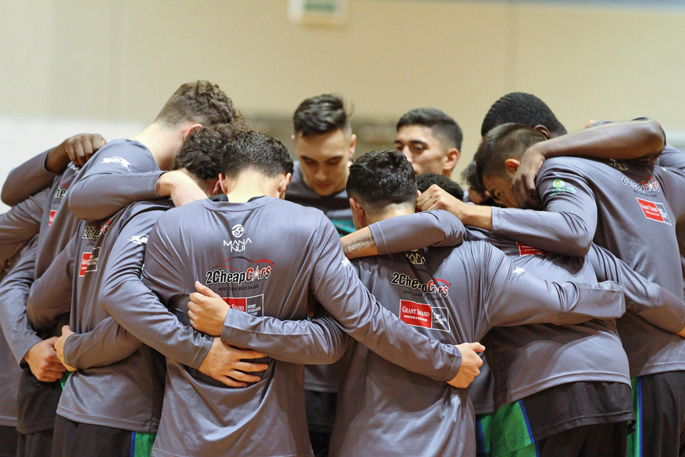 The Supercity Rangers are playing at the Queen Elizabeth Youth Centre on Sunday. Photo: Facebook.

The Sals NBL is coming to Tauranga on Sunday, June 2 when the Auckland 2 Cheap Cars Supercity Rangers take on the Tasmanian based Southern Huskies team at the Queen Elizabeth Youth Centre.

With Tauranga not having a team in the NBL competition, the Supercity Rangers are playing one of their home games in Tauranga.

Tauranga City Basketball general manager Mark Rogers says it is great to have an NBL game played in Tauranga, despite the region not being represented in the competition.

“There is no team in our region at the moment, so that’s being debated, whether there will be a team from here, perhaps in this year or so.”

Although there is no Tauranga NBL team, Mark says a number of Tauranga players are part of other teams in the competition.

“Reuben Fitzgerald is playing for the Supercity Rangers, who went to Aquinas College here in Tauranga, there are also Tauranga grown players playing for Manawatu, Wellington and Taranaki as well.”

The match on Sunday is bound to be an exciting spectacle, with the Southern Huskies playing in their first NBL season.

“Apparently it’s the first time ever an Australian team has been playing in a New Zealand sports competition, rather than the other way around, which is pretty cool,” says Mark.

Mark is encouraging the community to get down to the Queen Elizabeth Youth Centre on Sunday evening to be part of the exciting spectacle for Tauranga’s only NBL match of the season.

“There is also a lot of off court entertainment, with King Kapisi who is going to be the MC, so there is lots happening.”

Mark says the Supercity Rangers have two American imports and one Australian import who are their best players.

“The Tasmanian team has a player who has been in the Australian Boomers squad, and he plays Aussie NBL as well.

“It’s great for New Zealanders to put themselves up against those guys to test how good they actually are.”

Tickets for the NBL match between the Supercity Rangers and the Southern Huskies are $10 for an adult and $5 for a students, and they can be purchased through Tauranga City Basketball, or if there are additional tickets left they will be sold at the door on Sunday.