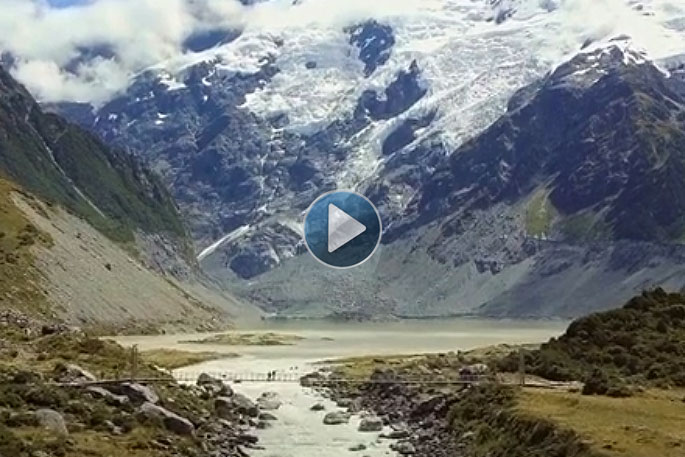 Watch the video below.

A new inflight biosecurity video will remind international visitors about the importance of protecting Aotearoa from unwanted pests and diseases.

Biosecurity New Zealand today launched the video that will play to arriving passengers on all airlines with screen capacity.

“The new in-flight video provides a clear message about what everyone’s responsibilities are when arriving here. The simple lesson is, if you're unsure about an item you’ve got – declare it.

“Things like the Queensland fruit fly and brown marmorated stink bug have the potential to cause significant damage to our primary sector, our environment and to our unique way of life.”

There are two versions of the video – one in English and one for Chinese airlines in Mandarin.

Detector dog Darwin the beagle has a starring role in the video. Darwin and handler Mikkiie work on the front-line sniffing out items that aren't allowed here.

Mr Smith says he is pleased the majority of airlines that fly into the country have agreed to play the video.

“United Airlines was the first airline to start playing it, and others with the capability to show videos on board quickly followed.”

The video is part of a wider Biosecurity New Zealand programme focused on protecting Aotearoa. The video supports the biosecurity movement Ko Tātou This Is Us.

“Ko Tātou This Is Us highlights the personal connection we all have to the land, rivers, lakes and sea that nourish and provide for us,” Mr Smith says.

The new in-flight biosecurity video is translated into 12 different languages, including Hindi, Malay, Arabic, Korean and French. It has been translated into Bilsama, a national language in Vanuatu spoken by many seasonal workers.