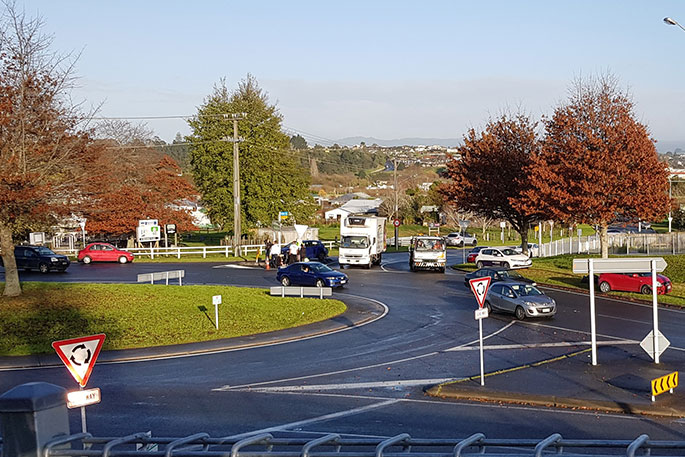 The crash scene in Poike this morning. Photos: Dylan Hodder.

A car and scooter have crashed on State Highway 29a, near Poike Road this morning.

A SunLive reader messaged us on Facebook to say they saw someone lying down across from the roundabout, crossing Poike Road and SH29a.

St John Paramedics are at the scene and other emergency services have been called.

A police spokesperson says they received a call about the crash just before 8.30am.

"One person is being seen by ambulance.

"Information came in just before 8:30am - on SH 29A and Poike Road, western side of the roundabout." 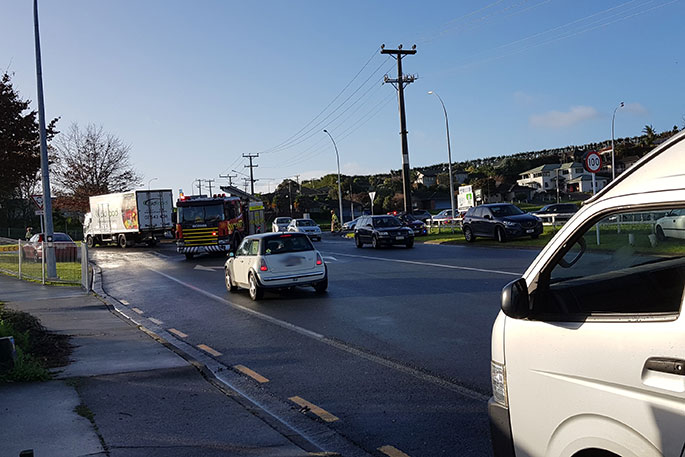 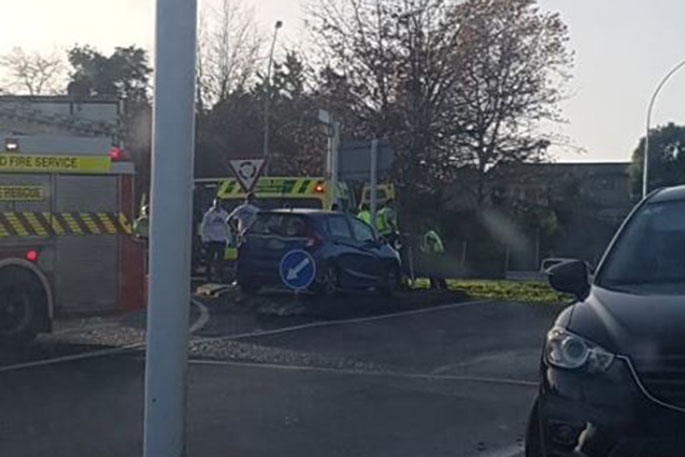 Emergency services at the scene of the crash. Photo: Ethan Whale/Supplied. 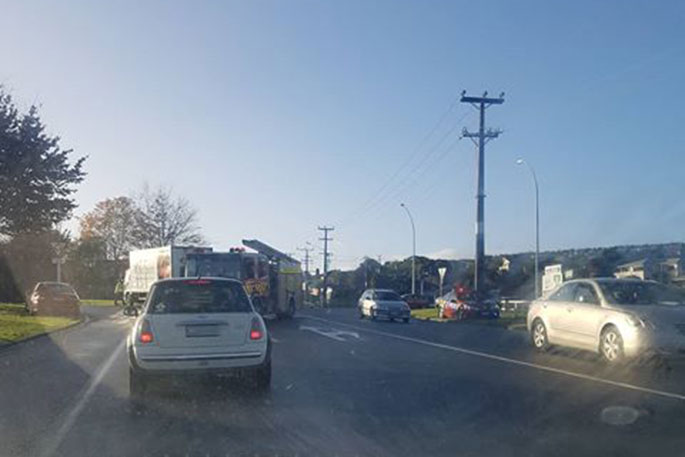