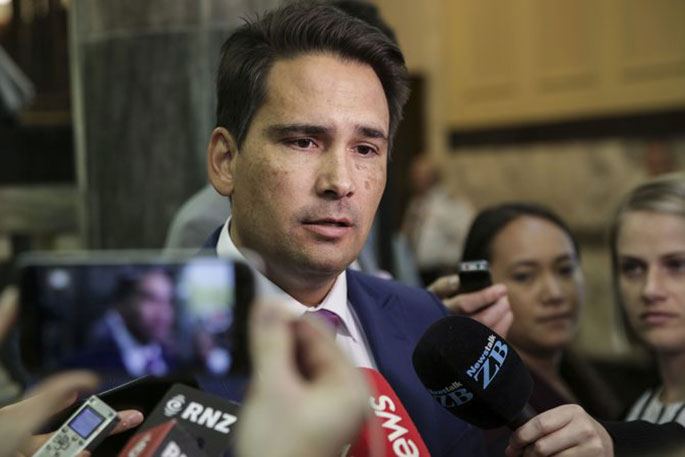 The National Party has released what it says are "key details" of the government's Budget due on Thursday, but the Finance Minister says some of the released information is wrong.

It's released a document compiling spending in 18 of the 40 policy areas in the 2019-2020 year, including Defence, Forestry, DHBs, and overseas aid.

Budget information is the government's best kept secret, and any breach of this heavily guarded information to the Opposition would be a major concern.

But in a hastily called media conference at Parliament, Finance Minister Grant Robertson said some figures were right, but some were wrong.

National Leader Simon Bridges refused to say whether this information was deliberately leaked.

"I'm not going to say how this information has come to us, but I'm very confident in the information.

"I think what it shows is a loose, incompetent government", he said.

The document released by National shows that the government will announce a total of $1.3 billion for the purchase of assets for defence, an extra $139 million for forestry, $740 million for international aid, and $744 million for district health boards.

Simon says this showed that this was not a Wellbeing Budget - it was Winston's Budget.

"All this spin about 'wellbeing' is nonsense. This is the price for keeping the government there, and it's Winston's price", he said.

However, Grant says the release was not particularly embarrassing, because the figures revealed by National were not the real Budget.

"The real Budget is about the big priorities we've got around taking mental health seriously, reducing child poverty, working on improving the economic and social opportunities for Māori and Pacifica.

Grant says the $1.3 billion in spending for Defence included the purchase of Boeing P-8A Poseidon Aircraft, which had already been announced.

While Grant says he's still trying to work out how the information had come out, he's confident it had not come from the Beehive.

"The kinds of numbers that are in here are not aggregated in a way that's been received by the Beehive."

Grant says he did not know whether the information would have come from Treasury.

"After Thursday there'll no doubt be some time spent looking into this, but we're still focused on Thursday."

Secretary to the Treasury Gabriel Makhlouf says a review is being conducted of the reports and information that had been published.

"As far as Treasury is concerned, the release of Budget 2019 will proceed as planned", he said.

Prime Minister Jacinda Ardern questioned the credibility of anything the National Party presented, saying they were free to speculate.

Areas the National Party said would get increases in Budget 2019:

And the 11Billion hole was discredited by most economists and as the Finance Minister has said some of the figures are wrong.Here we go again with National and their figures and their spin.