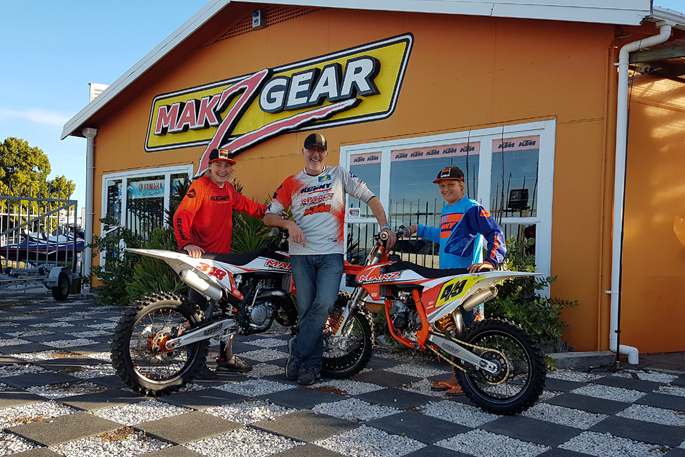 Tauranga’s up and coming motocross riders achieved some great results at the recent 2019 NZ Motocross Championship.

The 2019 Junior Motocross Championships was held at the Flipp MX Park in Oroua Downs, near Foxton and ran over Friday, Saturday and Sunday during the last weekend in April.

Both boys competed in all three days of the competition gaining a mix bag of results.

Aaron Carmichael from MakzGear, who sponsor the two boys, says they raced in some challenging conditions over the three days.

“Normally motocross is run with three races over one day, so these boys did really well getting great results over the three days.

“MakzGear would like to congratulate Madoc Dixon for winning the 2019 15-16 years Junior 125cc class and Flynn Watts for finishing third in the 12-13 years Junior 85cc class at the 2019 NZ Motocross Championship.

“Also congratulations to both Madoc and Flynn’s support network for the help and support in getting these boys to where they are.”