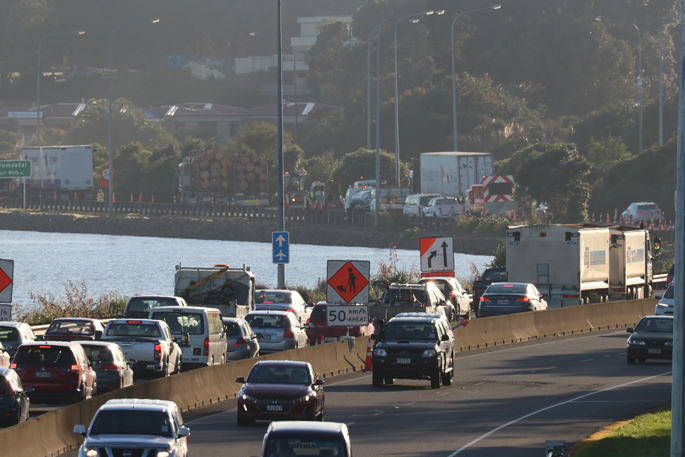 Traffic built up on SH2 northbound on May 21 as a result of the roadwords. Photos: Daniel Hines/SunLive.

The road works on one of the northbound lanes on State Highway 2, between Elizabeth St and Chapel St, are now complete - three weeks before the estimated completion date.

The New Zealand Transport Agency released an update this morning to say the end date of the road works has changed from June 14 to May 27.

The roadworks began on Tuesday, May 21 between Elizabeth and Chapel streets, initially causing significant delays for motorists.

The left northbound lane which carries most of the heavy traffic towards the harbour bridge was rebuilt.

Bay of Plenty System Manager Rob Campbell says the northbound lane was completed on the evening of Sunday, May 26, which was a very complex piece of work as it was causing most of the traffic disruption.

“The remaining 200m section will be done at night between 6pm and 6am, and both lanes will be kept open during the daytime,” says Rob.

The night work starts tomorrow, Tuesday May 28, and is expected to be finished by the end of the week depending on the weather.

“There is some rain in the forecast so that may affect the works, but our contractors will continue to work hard to finish as soon as possible,” says Rob.

The work is programmed to minimise noise at night as much as possible, however some may hear machinery operating.

The New Zealand Transport Agency thanks commuters, local businesses and the wider community for their patience. 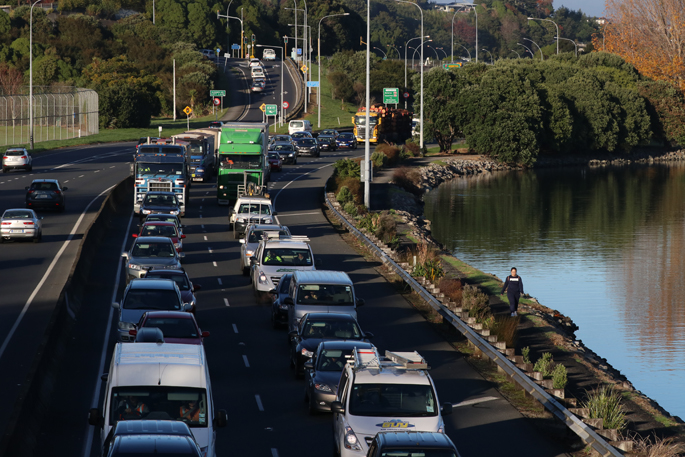