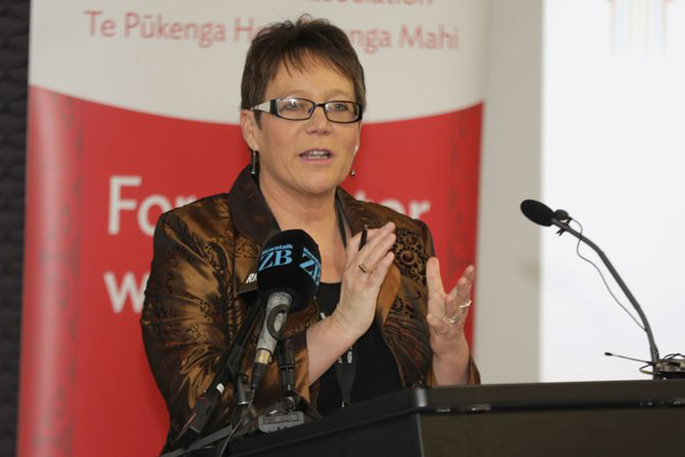 Young New Zealanders leaving the care system will be supported as they move to adulthood and independence.

The Wellbeing Budget contains funding to build a new nation-wide Transition Support Service which is expected to help around 3,000 young people over the next four years after it starts on July 1.

“It is time to recognise the special responsibility we have for the young people leaving the state’s care,” says Children’s Minister Tracey Martin. “For too long they have been left to fend for themselves with little support, in a way we would never accept for our own children when they leave home.

“For these young people, the transition to adulthood often comes early, abruptly, and with little in the way of a safety net. It has been a huge hole in our system of care that young people didn’t have this support. It’s time to fix that.”

The Wellbeing Budget is investing $153.7 million over four years for Oranga Tamariki to build the transition service for young people leaving the care and youth justice system. The service was originally proposed by the Modernising Child, Youth and Family Expert Panel in 2015.

The Modernising Child, Youth and Family Expert Panel that examined the care system in New Zealand identified young people leaving care or a youth justice residence are at risk of poor life outcomes, are likely to have high health needs, insecure or inadequate housing and are less likely to engage with education and employment than their peers.

While most young people may receive help from their parents well into their twenties, young people leaving care or a youth justice residential placement tend to receive relatively little financial or social support after they leave the placement. Many also suffer from the enduring effects of childhood trauma and are less ready than their peers to live independently.

Young people have said that when they leave care at age 18, they are at a vulnerable age and are too young to be left without support.

These disparities in outcomes continue as these young people grow older.

The Minister said that making the investment now reduced the risk of personal cost to the young people and would help break the cycle of families needing state care. Nearly 30% of children in care have parents who had also been in care.

The new services include:

The Minister said that young people who have been in the care or youth justice systems had had a difficult start to life and it was wrong that support for them ended when they turned 18.

“Teenagers leaving care should have the right to expect what any young person would want - knowing there is someone to turn to if they need help; a warm bed to sleep in; some help and encouragement when it is needed,” says Tracey. “This service will provide that, both by allowing young people to stay longer with their caregivers and providing specialised transitions support workers whose job is to help this group.

“Sadly, we also know what happens without this kind of support. Those young people who have left the state’s care and protection have in the past ended up with worse outcomes in nearly every key area including health, housing and incomes.”

The Minister said that young people were engaged with in the design of the transition service, which would largely be provided by NGOs, iwi and Māori organisations.

“This was a deliberate decision. The service is voluntary and we want young people to engage with it. Oranga Tamariki hasn’t generally worked with 18-25 year olds, but its community partners already have a youth focus and capability to work with this group.”

Close to 40 transition workers will be on the ground available to work with eligible young people leaving the care system from 1 July. This workforce will grow to 175.

The Transition Worker role will enable a more gradual and supported transition from care. They will work alongside the social worker while the young person is in care helping to coordinate the support and encouraging the young person to have more say and increasing responsibility about what they want.

As a young person leaves care the Transition Worker will be the key support relationship, maintaining contact with young people until they are 21 and helping them to access the advice and assistance they need to become independent.

Where they both agree, Oranga Tamariki will: