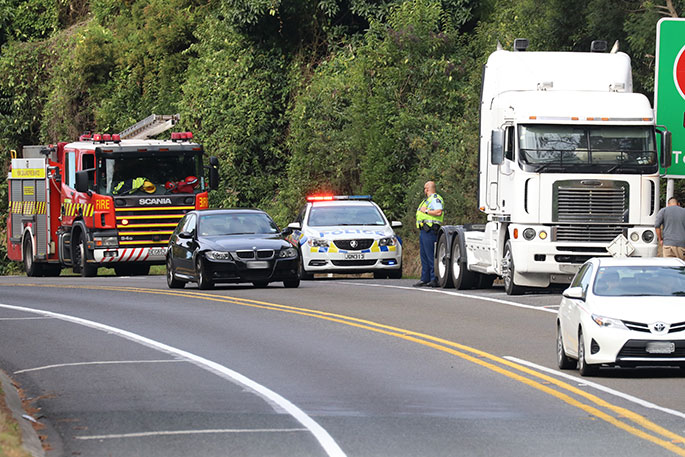 Traffic is being diverted around a truck after it caught on fire this afternoon. Photos: SunLive/Daniel Hines.

Traffic traveling along State Highway 2 is currently being diverted due to a truck fire.

Emergency services were called to the scene near Loop Road, Te Puna just after 2pm.

A reporter at the scene says the fire was out on arrival of firefighters.

Traffic is being diverted around the scene as they wait to remove the vehicle.

A police spokesperson says they were called to a truck that was reportedly on fire on SH2 near Loop Road, Te Puna.

"The fire is now out and the driver was able to get out." 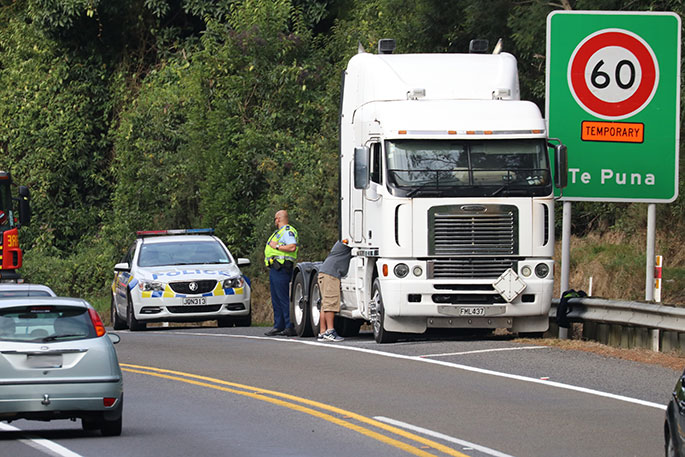