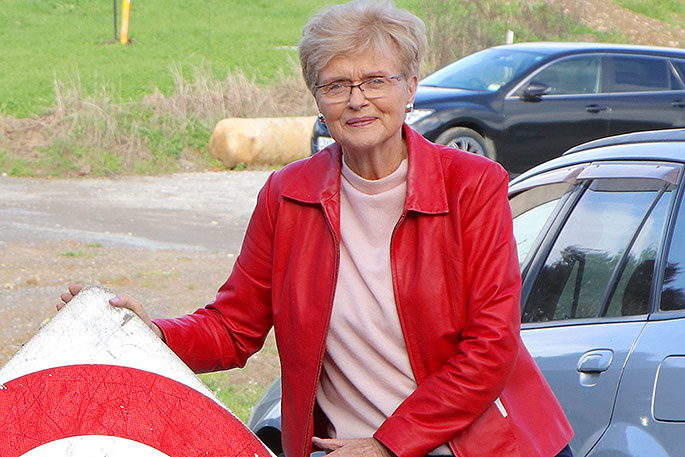 Margaret Murray-Benge will be running for the Western Bay of Plenty Mayor seat this year. Photo: SunLive/Daniel Hines.

Margaret Murray-Benge is throwing her hat in the ring for the position of Western Bay of Plenty Mayor.

The Western Bay of Plenty councillor announced today that she will be running for mayor, alongside current mayor Garry Webber.

“I’ve been working in local government most of my working life. I’ve got the experience, the leadership skills and the drive to make a positive impact within our great community,” says Margaret.

“I’ve been a councillor in this district for the last 15 years, and I’ve been instrumental in many council achievements.

“The job’s far from complete, and if successful I will focus on three core issues that I feel deeply about.”

Margaret says there are several areas that need focussing on. These include roading, rates and equality.

“My unique and extensive experience in both the Western Bay and Canterbury local governments allows me to draw on this knowledge to be an effective and empowering leader for the Western Bay of Plenty, for you.

“We are at a turning point for future development, and a leader who listens to the people and puts the community’s needs first is imperative to eradicate road blocks and move forward efficiently and harmoniously.”