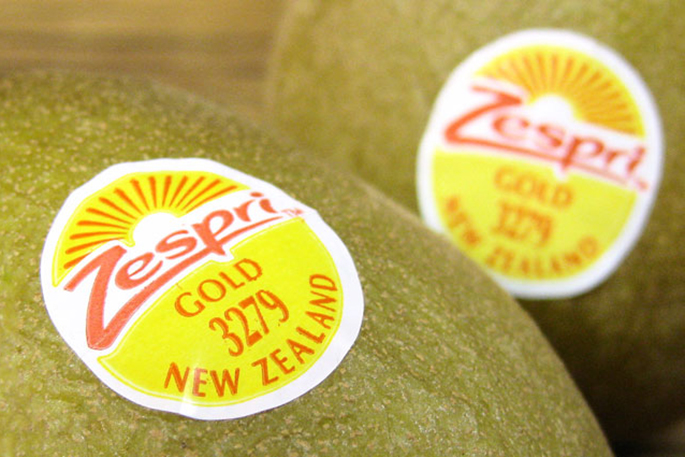 Zespri’s returns to growers and the industry reached new levels on the back of strong growth in both volume and value across all fruit categories last season.

The results reflect continued strong international demand, with Zespri selling a total of 167.2 million trays of kiwifruit in 2018/19, a 21 per cent increase on the 138.6 million trays sold in the previous season.

Revenue generated by global kiwifruit sales and SunGold licence release increased by 26 per cent to $3.14 billion.

Zespri chair Bruce Cameron says growers and their communities are benefiting from increasing demand for Zespri Kiwifruit and from the industry’s growth to drive and meet that demand.

“Consumers around the world are increasingly embracing healthier products and want more of our kiwifruit because they know it is a convenient way to get their daily nutrition and because it tastes great.

“That’s evident in the increased volumes of both Green and SunGold Kiwifruit Zespri sold last season which has driven record average returns per hectare for both categories. While SunGold also returned record levels per tray, Green returns per tray were down slightly because of higher-than-expected volumes which led to an extended sales window and associated increases in quality costs.

“The sustained growth of the industry is really encouraging and the increase in average returns is helping growers meet increasing operational costs including labour.

“Zespri’s ongoing success reflects the important partnerships we have and continue to build with our customers, distributors, post-harvest operators and growers, and is a strong endorsement of our 12-month supply strategy and ambition to market the world’s leading portfolio of kiwifruit year-round,” says Bruce.

Zespri’s net profit after tax increased to $179.8 million from $101.8 million in 2017/18, reflecting the strong season results above. This was boosted by revenue from the ongoing SunGold licence release programme and increased revenue from new cultivar royalties.

Zespri charges a royalty of three per cent to licensed growers which is split between Zespri and Plant and Food Research. Zespri’s share of royalties was $28.4 million, an increase of 37 per cent from the previous year, reflecting both higher volumes and value earned on sales this season.

The total dividend per share in the 2018/19 financial year is expected to be $0.92 versus $0.50 in 2017/18. These dividend figures take into account the impacts of the targeted share issue/buy-back and three-for-two share split transactions during the financial year which were aimed to better align the ownership of shares with Zespri growers.

“We’re very pleased with the progress made in the 2018/19 season but as always we’re focused on doing better, delivering the world’s best kiwifruit to consumers and creating more value for our growers, and all of our partners.

“Our ambition is to help drive greater value through growing new markets and increase our penetration in existing ones.

“We’re continuing to see strong growth in our largest markets, including Japan, China and Spain, and making real progress in newer ones like the US.

“We’re also broadening our sales channels and getting closer to the consumer to help us understand what they want and what we can do better, and focusing on improving our environmental and social impact which is an important part of our purpose and brand-led strategy.

“We’re proud of our performance and excited about our prospects, but we know there’s more we can do which is why we’ll be working hard to do even better next year,” says Dan.

… no reason not to pass some of this down to the workers and improve the image of the industry...