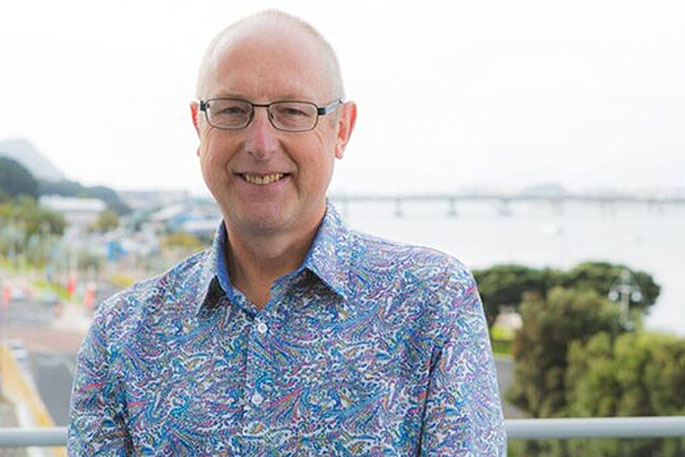 Councillor Max Mason motioned for an extra two per cent increase to reduce council debt, but was defeated by a seven to four vote.

Tauranga ratepayers will have to find an extra $90 a year to pay for the rise in the city’s rates.

Council members have agreed to rise residential rates by 3.9 per cent from July.

This comes after two day of Annual Plan deliberations in council chambers this week.

Councillor Max Mason motioned for an extra two per cent increase to reduce council debt, but was defeated by a seven to four vote.

During the meeting on Wednesday, it was brought up that Tauranga City Council is looking at a current debt of $440 million, which is predicted to nearly double in the next four years to $869 million – rising in a few years after that to $1 billion.

The council is facing the increase in the cost of infrastructure, environmental needs and other city projects.

The GDP growth over 10 years has been 3.1 per cent, compared to the rest of the New Zealand of 2.1 per cent.

Max is accusing TCC of “fiscal irresponsibility on an epic scale”, following the annual plan deliberations.

After two days of deliberations and examining 351 capital projects line-by-line, the final average residential rate was set at 3.9 per cent.

“Our current debt is $440m and it’s projected to nearly double in only four years, and reach $1b in another four,” says Max in a statement released to SunLive this morning.

“The choice is stark - either they reduce the capex and opex costs or they increase the ability to manage debt. You can’t have both without taking huge risks such as when interest rates start rising.

“It’s appalling that in an election year fiscal responsibility goes out the window. By avoiding the tough decisions now, councillors have kicked the can down the road and future Councils will be severely constrained by a massive debt millstone around their neck.”

The figure excludes an additional 0.4 per cent increase for glass recycling.

Mayor Greg Brownless says the increase was necessary to help Council meet the challenges of a rapidly growing city.

“Although these challenges are costly, ratepayers have the right to expect the rates increase to be kept at a reasonable level,” he says.

The vote came after a month of public consultation, during which Council received 121 submissions. All of those submissions were reviewed by staff, and provided to Elected Members.

The Annual Plan 2019/20 sets the work programme and budget for the coming year. Final adoption will take place on June 27, when rates will be formally set for the upcoming financial year.

Watch the TCC deliberations below:

Do something. Maybe its time we had a Pensioners Party putting up candidates for the Local Body Elections. Main Platform. If pensioners cant afford it. DONT DO IT!

You plead (as I did) for common sense. It seems that when it comes to politics, common sense is in very short supply. The goal is "get re-elected" rather than "do what’s right". This year I will be voting against candidates, rather than for candidates. The entrenched lot have shown they are merciless, with no regard for Ratepayers (many of whom are Pensioners on fixed incomes), so I’ll be voting for newcomers. I don’t think their lack of experience is a bad thing and I don’t think they could do any worse than what we have currently. If things were managed properly there would be no need to increase Rates at all. Just dropping or postponing a few of the current Capex projects would cover it. Don’t spend what you can’t afford. It’s simple...

We get this clap trap year after year.It is the same ones who want to screw the poor old ratepayers e.g. the 4 who voted to squeeze more from the ratepayers Mason,Clout, Baldock &Molloy What,s Max Mason claim to fame over the last 3 years? Apart from moaning now and again about the council he has done diddly squat he now accuses TCC of fiscal irresponsibility of which he is a part! I now know atleast 4 I won,t be voting for in Oct.

Take a look at Sunlives’ latest poll results to the question "Where do you prefer to shop?" ..Tga CBD at 8% ! Spending yet more millions on the CBD will not help - council is flogging a dead horse! Parking in the suburbs is easy and free and no shopping centre can measure up to ’Tauranga Crossing’. Wake up council - use some common sense!

TCC needs to reduce costs. Including but not limited to expensive roading "upgrades"(term used loosely) that are a cockup from planning stage and need additional work/money. Greerton, Hairini, Welcome Bay etc etc. Bella Vista debacles etc...etc...I’d like to have some measures put in place to see how effective and productive these people are in the TCC because right now as a ratepayer we are all getting shaftd and paying for their mistakes.

What a crock full, trying to convince us they don’t waste millions on projects that are not only unnecessary in the first place, but that they then stuff up and start again. Stop wasting money on pet projects and get rid of some staff. Every time you try to speak to someone you have to go through their PA. I think they all have a PA. The place is full of the self serving & self important. Zero governance and control from Councillors. Out with the lot.

Totally agree with your comments. Rises in super already gone plus more.

I agree with Morepork above. As a pensioner with no extra income, it is getting harder and harder to live in our beautiful city. Council - please get your priorities right! Look after those who have been funding your ideas for many many years - think of those who have already contributed to your great schemes. Many of which do not affect us at all. Our area is much bigger than just the CBD!

If only this council didn’t make so many wrong decisions and waste so much money. As a pensioner it is hard enough.I know we need to pay rates.BUT SO MUCH MONEY WASTED.Perhaps they are all wealth And don’t care

How hard is it?

Don’t take on projects you can’t afford. It’s plain common sense. Capex and Opex DO need to be reduced (particularly Capex...). As one of the Ratepayers who will be funding this nonsense I protest vehemently. These levels of future debt are appalling and it seems that Council are still quite happy to treat "Other People’s Money" with contempt and disregard. I wonder how many of them are running outrageous debt with their OWN money? Pensioners who are Ratepayers are an easy target and just have to suck it up. It is way past time that we got a Council who are transparent and capable and who will work at what is right, instead of buying votes at ANY cost. Roll on Council elections.