Firefighters race up the Sky Tower for charity 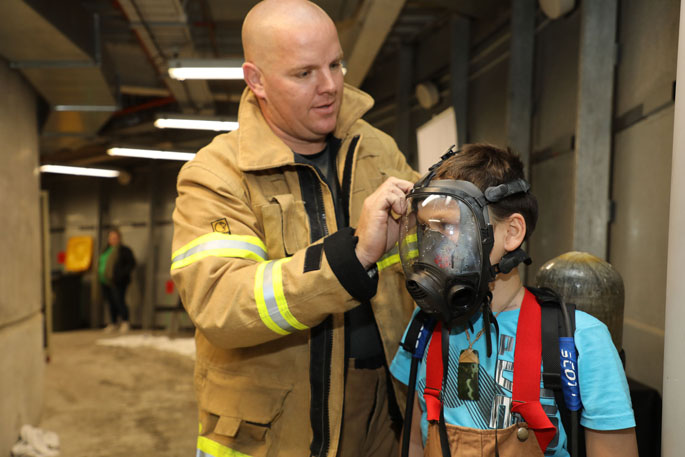 Firefighters have fundraised a record breaking $1,307,637.02 for Leukaemia & Blood Cancer New Zealand on the 15th anniversary of the annual Firefighters Sky Tower Stair Challenge on Saturday, May 18.

“We are incredibly grateful for their generosity and dedication - especially smashing 14 years’ worth of fundraising on the anniversary of this special event.

“We don’t receive any government funding, so the money raised is the backbone of our service to support patients.”

This year was particularly memorable for 11-tea-old DJ from Auckland who has acute lymphoblastic leukaemia.

DJ become an honorary fireman for the day, with a helmet and mini firefighter uniform. He wasn’t able to climb the 1103 stairs himself, so he completed a portion of the challenge accompanied by his heroes from the fire service, Philip Shore and John Danes from the Waiuku brigade as well as Tony Scott from Auckland Airport Fire and Rescue.

John Danes did something extra special and donated his trusty firefighting helmet to DJ before the event.

"It was challenging, and fun and I want to do it again. When I get better I want to train to be a fireman so I can join the Waiuku fire brigade and be in this event running all the 51 floors with them," says DJ.

Donal McGoldrick, a Support Services Co-ordinator from LBC who has worked with DJ over the last year accompanied him and the firefighters to the finish line. 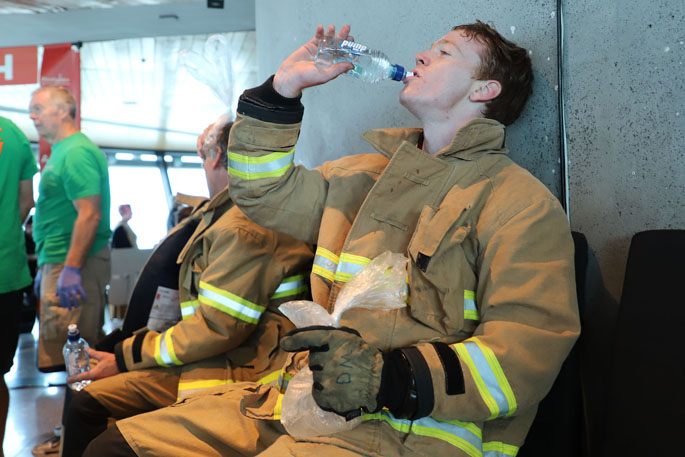 "It has been a rough year for DJ, so it's great to be a part of something that puts a smile on his face. It was deeply moving to do something special like this for him," says Donal.

Firefighters in the event ran up 51 flights of stairs in the Sky Tower with 25kg worth of firefighting kit and breathing apparatus.

This year the Firefighters of Steel category added another 9 floors to the challenge finishing on the 60th floor. A new rural category was trialled, some rural firefighters raced with a chainsaw strapped to their back instead of an oxygen cylinder.

Genesis Energy ERT from Genesis Huntly Power Station took the honour of being the top fundraising team, raising an astounding $61,003 for LBC.

Henry Wilson from the Silverstream brigade in Wellington raised $21,135 and received the accolade as the top individual fundraiser in the event.

Josh Harrison from Mt Wellington came first overall, reaching the 51st floor in just eight minutes and 34 seconds. Ady Mckenzie from Whangarei was the fastest female with a time of 11 minutes and 20 seconds.

"A unique challenge like this is not reserved just for the firefighting community, the public can get involved too with the Step Up Sky Tower Challenge on the 9th of August.

“This is the only time the general public get access to climb 1,103 stairs of the tallest structure in the southern hemisphere. At the same time, you will be supporting blood cancer patients.

“There are limited places available, so I encourage people to register soon and start training." says Peter.

To register or find out more information, email events@leukaemia.org.nz