One injured in Pyes Pa crash 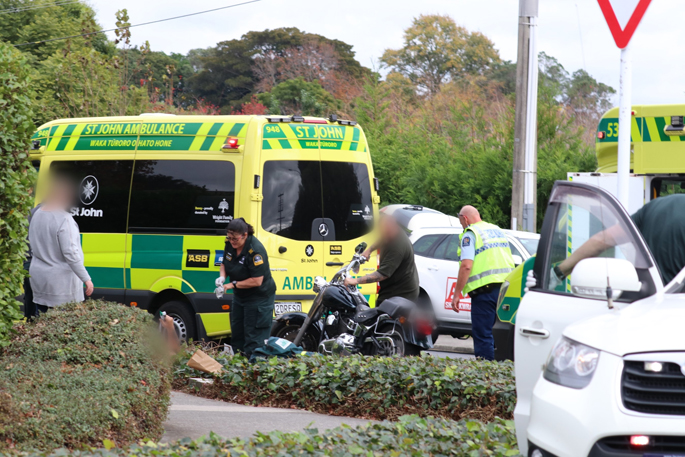 Emergency services at the scene of the crash. Photo: SunLive/Daniel Hines.

UPDATE 1.08PM: One person is injured following a crash on Pyes Pa Road.

A police spokesperson says they were called to the incident at the intersection of Pyes Pa Road and Manor Park Drive at 12.13pm.

The police spokesperson says the person has serious injuries.

“There were no blockages.”

Reports are coming in of a crash on Pyes Pa road.

A caller to the 0800 SUNLIVE news hotline says it happened near the shopping centre.

“It appears to be between a motorcyclist and a car.”

SunLive has contacted police and will update the story once more information is available.