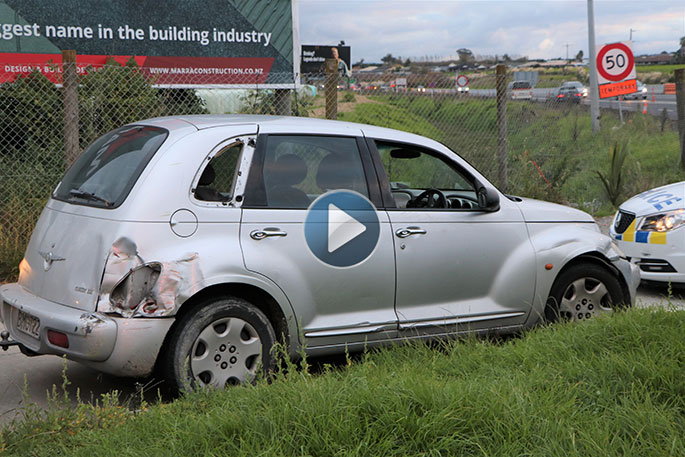 Police took the woman into custody when the pursuit ended near Baypark on Tuesday afternoon. Photos: SunLive/Daniel Hines.

The woman at the centre of a police chase through Tauranga is facing a number of driving charges.

The chase was witnessed by a number of people as officers pursued the fleeing vehicle from Fraser Street, through Bethlehem and down to Baypark on Tuesday.

A police spokesperson says the vehicle initially failed to stop for police at the corner of Fraser Street and 18th Ave at 3.17pm.

“Police followed the vehicle through to Judea, Bethlehem and Tauriko before the vehicle returned to the Tauranga South area where police lost sight of the vehicle.” 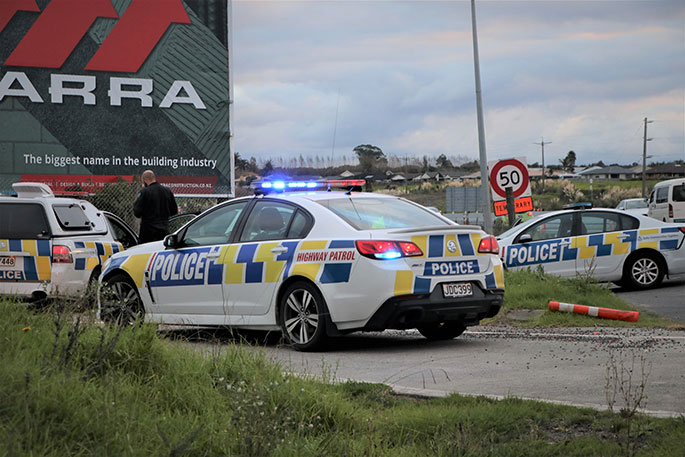 SunLive received a number of calls from members of the public who witnessed police attempting to spike the silver PT Cruiser.

The vehicle was also seen driving up on the footpath to avoid police in Greerton during the pursuit.

Police say the vehicle was stopped and the driver was taken into custody around 4.45pm.

The 33-year-old woman has been charged with failing to stop and dangerous driving. 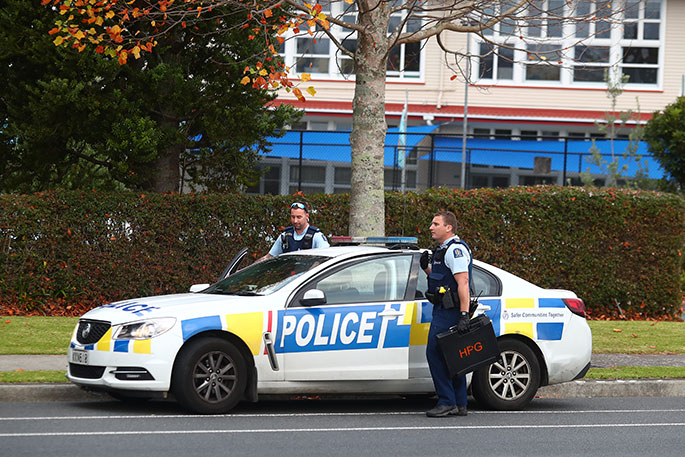 Police on Cameron Road during the pursuit. Photo: SunLive/John Borren.

No harm, no foul?

It’s easy to be complacent when no-one was injured, but they COULD have been. And it is unreasonable to expect Police to put their lives at risk in pursuits like this. I don’t believe that punishment is effective in suppressing crime ( when we executed people, it didn’t stop murders being committed; you need to get people to change their minds about being criminal...), but I feel dissatisfied by the "wet bus ticket" just like other posters here. I think First Responder is onto something... If ALL vehicles that cause a Police chase were AUTOMATICALLY crushed, and that was apart from any penalty imposed on the driver, perhaps people might think twice about running when they see the red and blues...

Yes, I spotted the car back on the road last night, only half its lights working. Should have been crushed after creating such chaos. Nah, not in NZ

smack smack with that wet bus ticket. She was probably also a disqualified driver... just another day in Tauranga. When there are no consequences, the crims thrive.