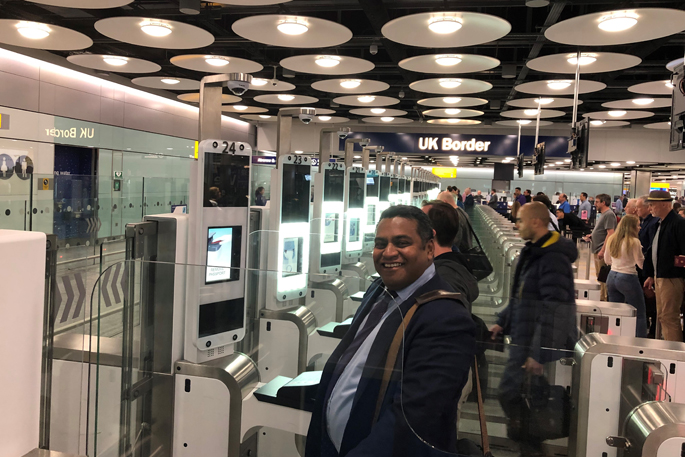 Customs Minister Kris Faafoi was invited to be one of the first New Zealanders to use a UK eGate when he arrived in Heathrow Airport last week. Image: Supplied.

Minister of Customs Hon Kris Faafoi trialled the ePassport gates on his arrival into Heathrow airport last week, and from today all eligible New Zealanders can use ePassport gates to enter the United Kingdom more quickly.

New Zealanders aged 18 and over, who are travelling using a biometric or ‘chipped’ passport, are now able to use the automated eGates, as are visitors aged 12 to 17 who are accompanied by an adult.

“Hundreds of thousands of Kiwis travel to the UK each year and being able to use an eGate should make the journey through the border quicker. At the end of a long flight that will be welcomed by Kiwi travellers,” says Kris.

Previously, New Zealanders had to sign-up to the UK's Registered Traveller programme to use eGates, which is no longer required. The UK Government has also announced that it is removing the need for New Zealanders, and travellers from all other non-European Economic Area countries, to complete landing cards upon arrival in the UK.