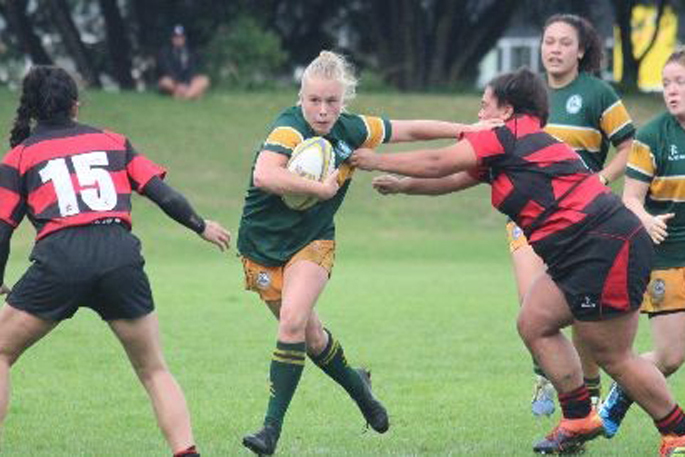 Whakarewarewa, in the red and black, lost to Waimana on the weekend. Image: Supplied.

A dominant performance by the Waimana premier women’s rugby team has seen the Eastern Bay of Plenty team beat Whakarewarewa 26-15.

"It was great to see the forwards set a great platform. It set it up nicely for our backs to really go about their work. They really clicked."

The visitors took on a pack stacked with Volcanix players in Week 5 of the Toi Ohomai Institute of Technology Baywide Women’s Competition, but Kai says her girls weren’t bothered by Whakarewarewa.

"We took a lot out of our loss to Rangiuru last weekend. We were determined to learn from our mistakes and put on a dominant performance this weekend."

One player to stand out for Waimana was Alexis Teepa. The loose forward was everywhere and worked hard to secure ball at the breakdown.

Although Whakarewarewa had moments throughout the match, Waimana remained vigilant and never looked like letting the match slip away from them.

In the other matches from this weekend’s round, Rangiuru were too strong for Mount Maunganui winning 109-0 and Rotoiti have broken their losing streak beating Matata 75-15.