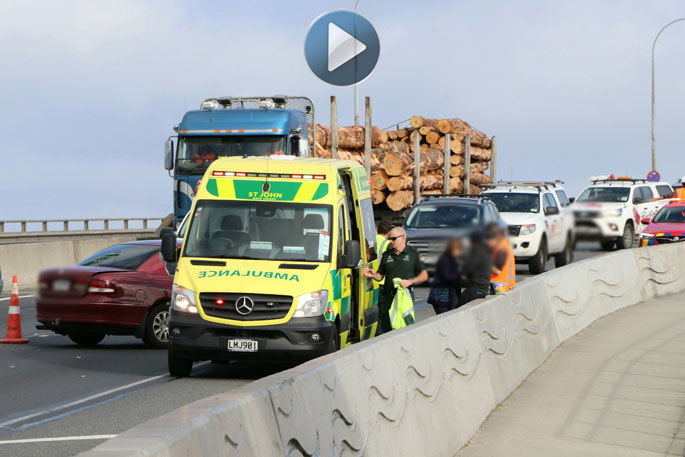 No one was injured in the crash. Image: Daniel Hines.

UPDATE 10.40am: No one has been injured after a crash on the Tauranga Harbour Bridge.

Emergency services were called the crash just before 10am.

"There doesn’t appear to be any injuries.

"One vehicle left the scene but we have since caught up with them and had a chat."

Towing was clear at around 9.30am, says police.

The New Zealand Transport Agency is advising motorists that congestion remains heavy in the area.

"Motorists are advised to expect delays, avoid the area, or delay travel." 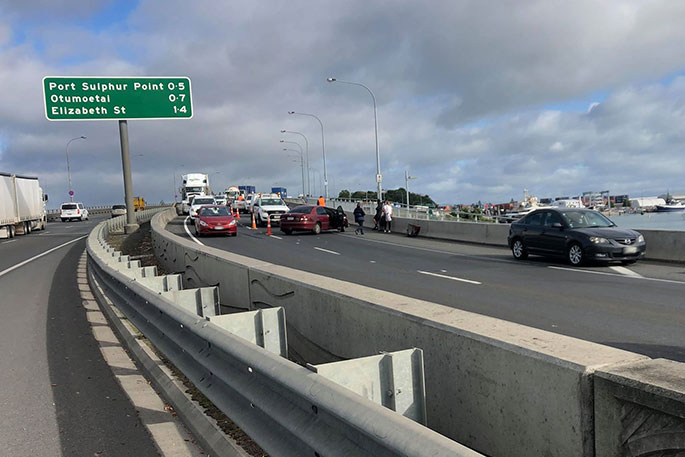 It appears both lanes of the bridge are blocked. Photo: Mike Cork.

Reports are coming in of a crash on the Tauranga Harbour Bridge.

A caller to the 0800 SUNLIVE news hotline says is in the eastbound lane of the bridge.

Two vehicles are reported to have been involved in the crash.

Another caller says traffic heading towards the Mount is completely stopped.

"It looks like its backed right up to 11th Ave. It's chaos."

People are being warned to expect delays.