Southerly over NZ today is warmer than average 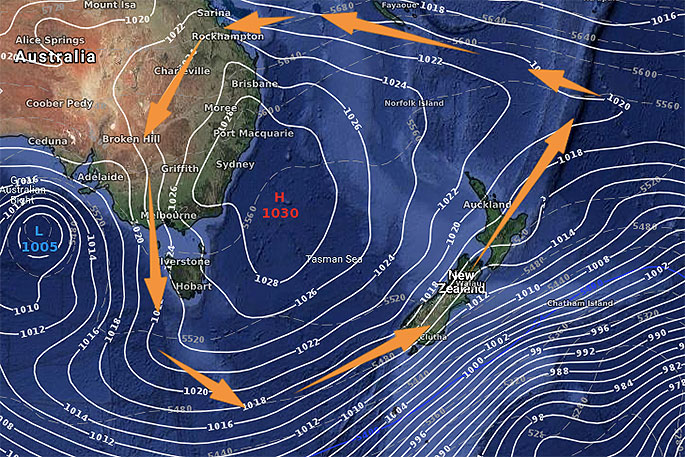 A southerly flow over NZ today is coming from Australia.

A southerly flow over New Zealand today is surprisingly mild for this time of year.

It's not often NZ has a warmer than average day in late May with a south to south west wind flow.

So why is it warmer than it should be? You can blame Australia, says WeatherWatch.co.nz

"We have a large high pressure system growing to our west this week and this will cross NZ from later today until early next week.

"Before the high arrives (today, Monday) we have a supposedly cooler south to south west wind flow. But the origins of this southerly actually come out of Queensland and central Australia.

"It's moving in an anticyclonic flow around this large high in the Tasman Sea and this means, despite NZ having a southerly flow for Monday, it's really coming out of Aussie and is making for a milder than expected Monday."

Even in southern NZ, which now looks a few degrees milder than forecast last week, daytime highs are creeping up today with that original more polar air flow lying nearby just offshore to the south east.

"The run of warmer than average weather is helping keep pasture growing despite the lack of rain in many regions.

"As we approach the halfway mark of 2019 at least half of the country has below average rainfall figures, which impacts farmer and growers. We also have fewer frosts this year than previous years." 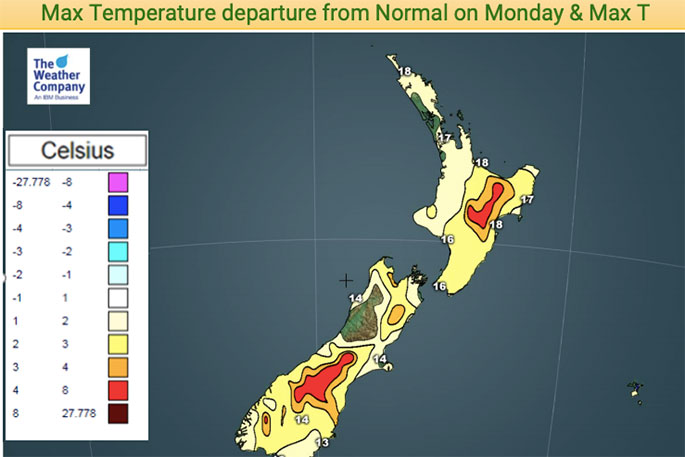