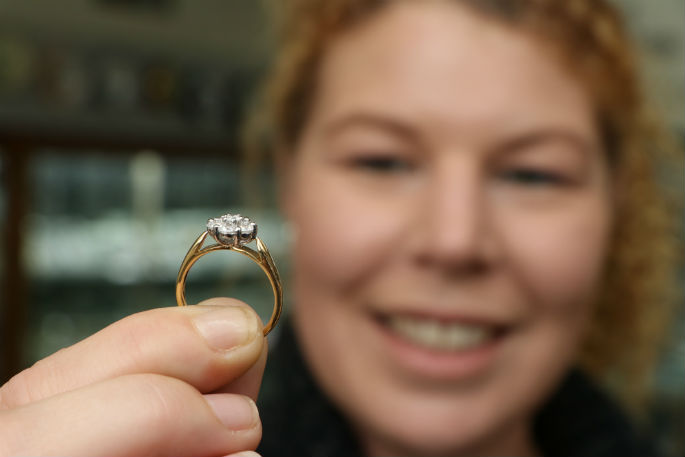 Aimee-Leigh is in the market for love, true love, meaningful enduring love. Marriage. And nothing short of it.

“Absolutely! I can’t wait until I do.” Thirty-two years old, a science degree, career driven, a smile with a hair trigger, more bubble than a SodaStream, nice things to say about everyone and everything and popular. But lovelorn.

“A wedding day, a day all about me – and him – a pretty dress, a party and a day saturated with love. Why wouldn’t I?”

But why would you? Because when she does skip up the aisle she will be bucking a trend. Marriage continues to be unfashionable, the numbers continue a long downward trend. In fact Stats NZ data shows the marriage rate for New Zealand residents in 2018 was the lowest since the peak nearly half a century ago in 1971.

People may unofficially agree to “love cherish, trust and respect”, they may “keep themselves unto each other until death do them part”, but as for the final step, taking him or her to be a “lawful wedded“ - well, more and more eligible couples are saying ‘no thanks, probably not’.

“However with Jacinda Ardern announcing her engagement, we may see a welcome blip in the trend,” says Simon McLeay, senior minister at St Peters in the City Presbyterian Church. Some copycat behaviour perhaps? “Yes, the engagement might trigger something, but probably no long-term change.”

The would-be bride just shrugs. Because Aimee wants to be part of the minister’s blip.

“I feel standing up in front of your closest friends and family and making a public declaration of your love and promising to look after their best interests for the rest of your life is a super powerful thing.” Forget there’s no boyfriend and no immediate prospects, because Aimee has patience. But she’s not speaking to find a mate. She’s speaking out in support of marriage.

The churchman is intrigued. “Why is there this reluctance to commit?” he asks. “Once young people have a baby it just makes sense to me to want to formalise that commitment. Once you have the baby you have a long-term relationship with that person regardless, because you are always going to be co-parenting regardless of whether you are in the same house or not. We see that all the time.”

Exactly, says Aimee.  “If I fell pregnant, I would hope my partner would want to get married for the assurance I wouldn’t be parenting alone.” Living with a lifelong partner without the “official piece of paper’ just wouldn’t cut it for Aimee. “The marriage certificate legally binding contract is key for me. It also makes leaving a lot less easy, so more serious thought might go into saving the relationship if need be.”

A shallow ‘promise to love you forever’ wouldn’t cut it for Aimee because she believes the word ‘love’ has been so diluted. “Like I love chocolate so much, I would die for it….”

The Tauranga Moana Marriages Trust is a relationship support service – it prepares people for marriage as well as saving marriages. “Not just we’re ok, we‘re fine, we will spend $10, 000 on a wedding, dear-oh-dear, it didn’t work out. It’s okay we love each other, oh dear, we don’t love each other.”

James says something special happens when people prepare well for marriage and make a public commitment. “Especially when there’s some spiritual connection. There’s a measurable difference when that happens. That’s a general truth”

Rather than bemoan the move away from marriage, the church has moved very much to a model of supporting people in marriage. “We still promote marriage,” says Simon McLeay. St Peters even has a service celebrating the institution of marriage. “Supporting couples in relationship and communication skills because marriage is hard work. But it can be very rewarding when people are helped to stick with it.”

The Tauranga Moana Marriages Trust is a relationship support service. “Young women are so keen, they’re crying out, but the young men are so reluctant,” says the Trust’s James Muir. “For goodness sake guys, get off your backside. Go and invest in your relationship. You get your car checked every year, you regularly go to the doctor, but what about your relationship? We men seem unable to understand the need for that investment.”

Simon McLeay believes societal expectations that people should stay in marriages has reduced. “There’s not the stigma in divorce any more. I think it’s probably got easier to exit a marriage than work through the issues,” says Simon. ”But I believe it’s better to resource people through the rough patches.”

He also recalls a divorce lawyer talking about the number of people, who five years after divorcing, regret it. “First, a large number of people thought ‘great, I am free’ – but a short time later a number of them regretted it.”

Marriages are down and so are divorces – 7.7 divorces for every 1,000 estimated existing marriages, the lowest since 1977.

James Muir scratches just below the number. “What bothers me most are the 5,598 children under the age of 17 who experienced the pain of their parents breaking up last year – 60,000 kids over ten years. That’s a massive number of vulnerable kids struggling and trying to figure where they fit into all this – rather than being and feeling secure. Mum and Dad are here and I am ok.”

Some kids from broken marriages turn out okay. “But in reality many don’t – drug addiction, suicide, social issues. Without Dad there, a lot of stuff is going on.”

“We have quite a few people in our congregation who have been married 50 or 60 years, and I look at their companionship and think …yes! That’s something nice.”

St Peter and St Peters House are currently running a “preventative maintenance” course for couples – two hours, one night a week for seven week covering a range of topics including communication skills and resolving conflict.  Ten couples are investing in their relationship.