US film animator to speak at Tauranga Art Gallery 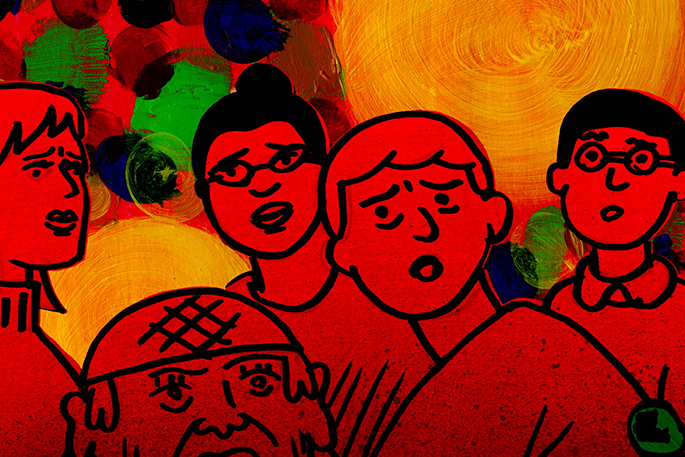 A scene from Dash Shaw's recent animation ‘My Entire High School Sinking into the Sea’. Photo: Supplied
With the growing number of animators in Tauranga and Rotorua, it’s great news to hear that Dash Shaw will in town today.
Thanks to the support of the US Embassy, the Tauranga Art Gallery has flown Dash to New Zealand to speak at the gallery on Saturday, May 18.
His visit is part of the ‘Mega World’ exhibition ‘Anti-heroes: The Art of Conscious Cartoonists and Comic Book Creators’ that is running from February 23 to June 9. Curated by Craig McClure, this exhibition celebrates comic books and cartooning, and the powerfully empathetic way cartoonists have of representing the world. 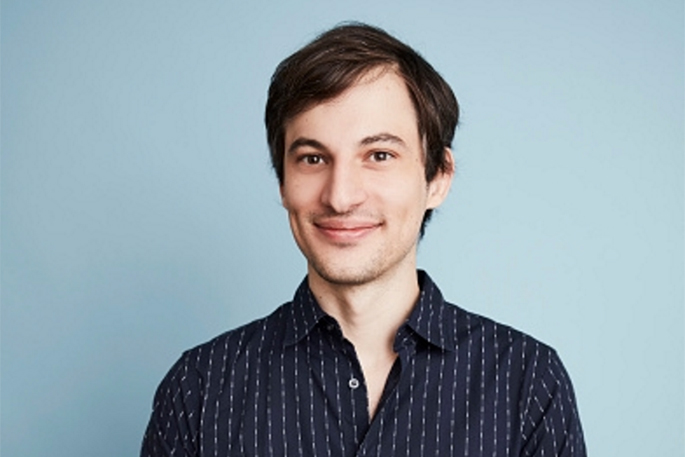 For those who don’t know, Dash is a US film animator, comic book writer/artist, whose most recent animation ‘My Entire High School Sinking into the Sea’ stars the voice talents of Jason Schwartzman, Lena Dunham, Reggie Watts, Maya Rudolph, and Susan Sarandon.
The film is showing now, for the first time in Australasia, at Tauranga Art Gallery and screening daily at 10.30am, 12pm, 1.30pm and 3pm. 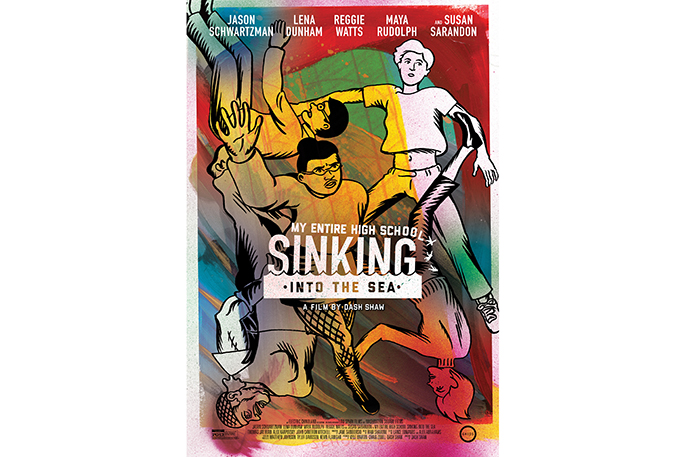 The talk in May is a unique and exciting opportunity to hear from this international artist who is at the forefront of comics and animation. He’s well-known for his comic book work, from which he moved in into animation.
How did it all begin?
Dash had drawn a comic short story titled ‘My Entire High School Sinking into the Sea’ in early 2009. 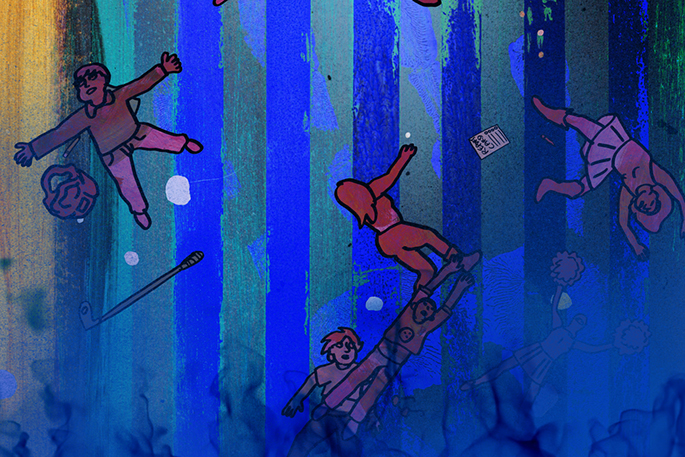 “When I was a high school student, in the nineties, there were two main schools of comic books: autobio comics and adventure comics.
“The idea behind the story was to combine these two opposing schools. It was based on real feelings and experiences. I had a character named Dash working at a school newspaper with other students and wanting to be a cartoonist, but it was thrown into a boy’s adventure-style action comic.” 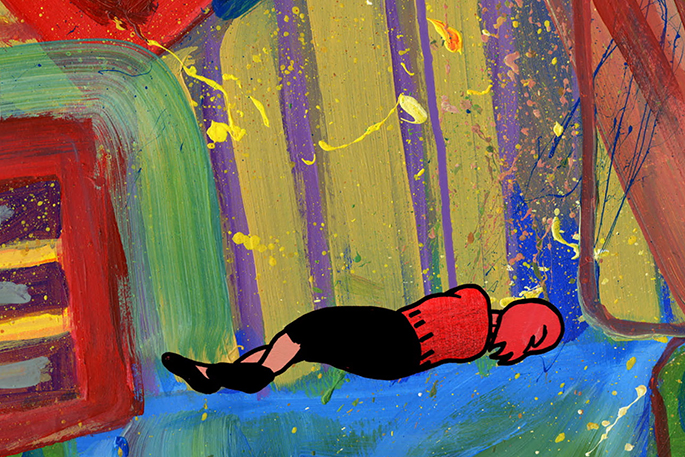 Dash recalls seeing the James Cameron movie ‘Titanic’ as a teenager and eventually thinking about writing his short story as a disaster movie, but keeping everything based on actual high school scenarios.
“I thought ‘My Entire High School Sinking into the Sea’ was a funny story idea with a funny title, and I liked how it was coloured in a very extreme, almost abstract way. 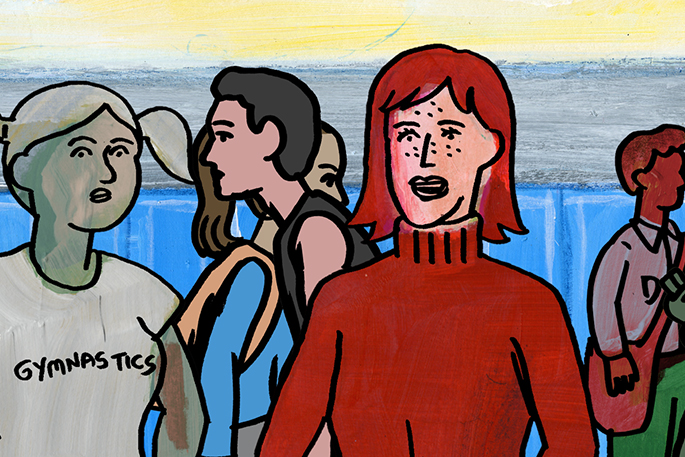 “I kept thinking about it and wanted to expand it into something larger. When I started making more animations, my mind went back to that piece. Gradually more ideas came into view, like the school being four floors and each floor being designated to a grade—a video game-like structure.
US Filmmaker Magazine ranked ‘My Entire High School Sinking into the Sea’ in the top three films of 2016, calling it an ‘instant cult classic’ that was the ‘funniest film’ they had seen all year. Dash Shaw’s wife Jane Samborski, was the film’s lead animator, and she will be joining Dash in New Zealand. 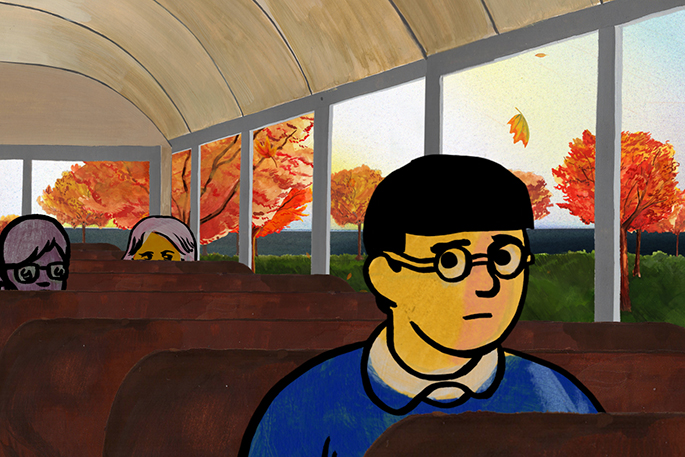 Fans of the ‘number eight wire’ philosophy will enjoy hearing how Dash made the film. The movie was drawn mostly in his kitchen in Brooklyn, by himself and Jane, along with a few people he knows from alternative comics like Frank Santoro. With limited means, the sinking high school concept was the perfect choice. Painting all the backgrounds was relatively easy because they were just school backgrounds or abstract. Having limited means became a strength, rather than a hindrance.
Dash’s first love is comic books, graphic novels and zines, so the animations that hold his interest come from that place too. He particularly likes the early Astro Boy cartoons by Osamu Tezuka.
“He was a cartoonist, and then he applied his storytelling, drawing and composition skills to make beautiful, traditional animations. Most of the Japanese animations I admire are based on comic books, and drawn by comic book artists.” 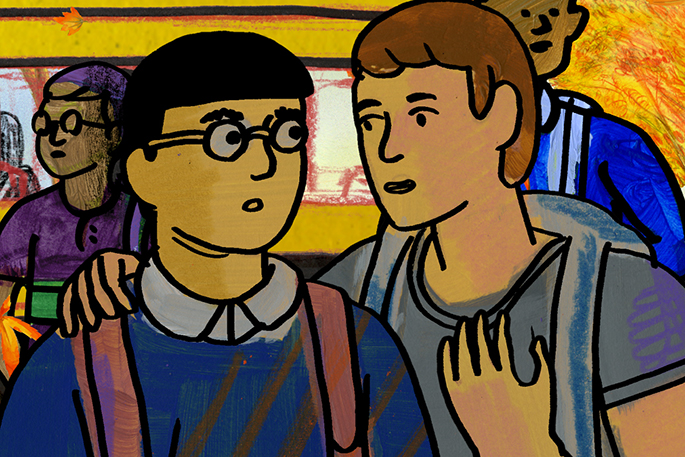 The original drawings, painted in acrylic on bristol board, are then scanned into a computer.
“Jane is trained as an animator. She’s a master at complicated body movements. She would animate the more intricate gestures in pencil and I would go over it in ink so it’d all look consistent.”
The result is a unique sensory experience, reflecting Dash’s aesthetic vision. There is a stroboscopic sequence, incredible liquid light effects and other refreshing visuals. Comic fans will appreciate this.
The dead pan humour in the movie will also appeal. It’s a disaster movie, yet the characters are talking about school things, or acne, or friends. 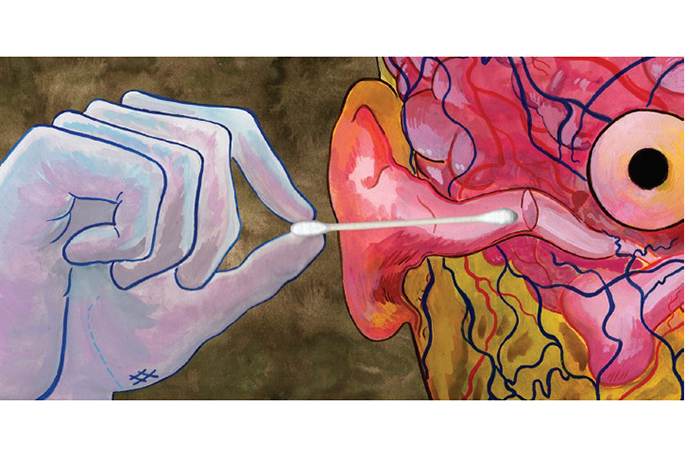 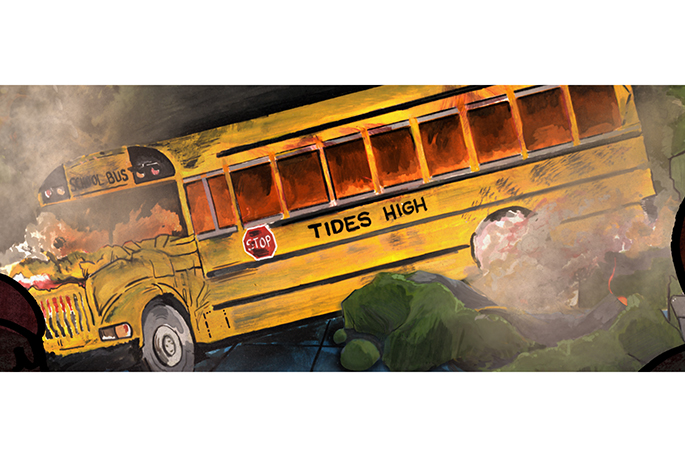